Mini cars lead to improvements in children with disabilities 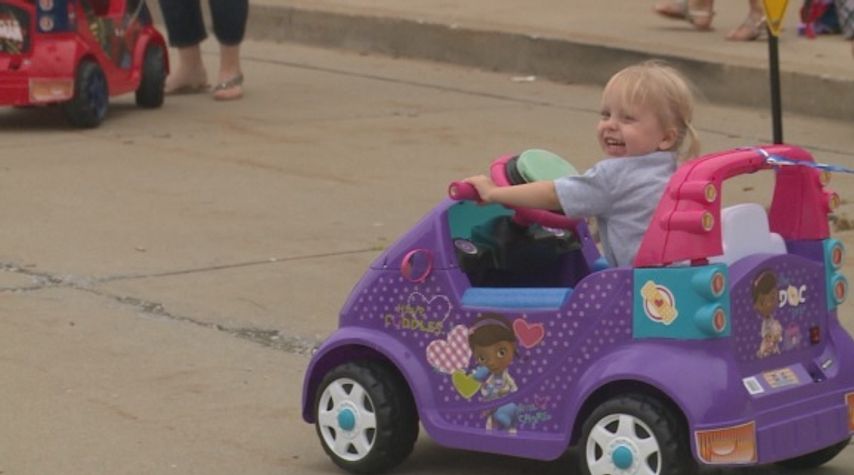 JEFFERSON CITY - Power Wheels and Disney motorized toy cars are found in backyards across the country. But now, children with disabilities in mid-Missouri are using them to improve their social and motor skills.

On the day 3-year-old Austin Hillman got his Ultimate Spiderman car through GoBabyGo! Mid Mo, he knew two things about it: it's red, and he wanted to drive really fast.

"It'll be nice that he'll be able to experience something that other kids get to see and do that normally he would not be able to," Kent Hillman, his dad, said. "This new car will make that possible for him."

A physical therapist involved in the program said the cars help children get mobile, and improve their motor, speech, and language skills, as well as increase social activity and peer interaction.

GoBabyGo! originally began at the University of Delaware in 2006. According to the organization's website, Cole Calloway, a professor and associate chair of the department of physical therapy at the University of Delaware, and Sunil Agrawal, a professor of mechanical engineering, started the project. Since then, it has gone international with programs from Israel to New Zealand. Missouri also has GoBabyGo! organizations in St. Louis and Kansas City.

"It's sort of an open network of teams where we share concepts and ideas, and adapt motorized toy cars to the individual needs of kids with special needs," Becky Schaefer, an SLC physical therapist, said.

Schaefer heard about GoBabyGo! after her friend at Rockhurst University became a part of the GoBabyGo! Kansas City team. She mentioned the idea to other SLC staff members, and they decided to give it a shot. A team of people from GoBabyGo! Kansas City came to Jefferson City to train SLC members in April, and together they built mid-Missouri's first round of cars.

And since then, Schaefer has seen major improvements in the children.

"We have a lot of kids that were never really able to get in with their peers and play before," Schaefer said. "And now they're able to, and the kids are ecstatic, and the parents are thrilled to be able to see their kids interact with the rest of their class."

The team rewires the cars to use a large hand pedal that takes the place of the foot pedal. Hamler said since specific child gets a specific car, the team adapts each car to match each child's needs. Some of the cars have pool noodles on the sides and as headrests. They can help children with certain special needs keep their heads upright.

She said the cars cost about $200 each, which includes the cost of the vehicle itself, the hand pedal, which is about $70, and the various adaptations. Some of the cars stay at SLC, and others the families take home with them. She said she asks that each family pay $50 for its car.

Schaefer said GoBabyGo! Mid Mo currently has 11 cars, but there is long waiting list of children for whom SLC members will build more cars in the coming months.