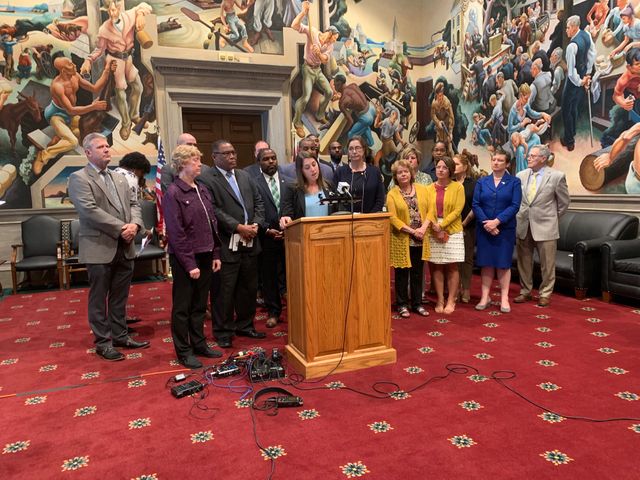 House Democratic leaders said they want to expand the agenda to include several reforms to gun laws in the state.

However, the state constitution limits what lawmakers can discuss in a special session. At the beginning of each special session, the governor or legislature has to specifically outline each issue that lawmakers will address. For this session, gun reform wasn't on the list.

House Minority Leader Crystal Quade, D-Springfield, said although she doesn't expect any new gun laws to come out of this session, she still thinks it’s important for Democrats to raise the issue.

"Even if we didn't get a bill passed, we should be having the conversation," she said. "I am not one who thinks we should be operating under what could happen or what will happen. The fact is Missourians are dying every single day and we need to have a discussion, whether or not there’s a bill."

"It's a moot point," he said. "I think if they bring up the bills, they'll be ruled out of order because they're not about the sales tax."

Haden said Democrats have two options: get three-fourths of both the House and Senate to call a special session for gun reform or wait until the regular legislative session, which will start in January.

The owner of Modern Arms, a Columbia gun shop, said he doesn't think any new gun laws are necessary.

"We've got plenty of laws," Larry Wayland said. "If we would fully fund our enforcement efforts and enforce our existing statues, I think we'd be much further ahead than just creating new laws."

Governor Parson was in St. Louis on Tuesday to meet with city leaders about gun violence in the area. They didn’t announce any new plan Tuesday, but Parson said he wants one in place in the next 10 days.