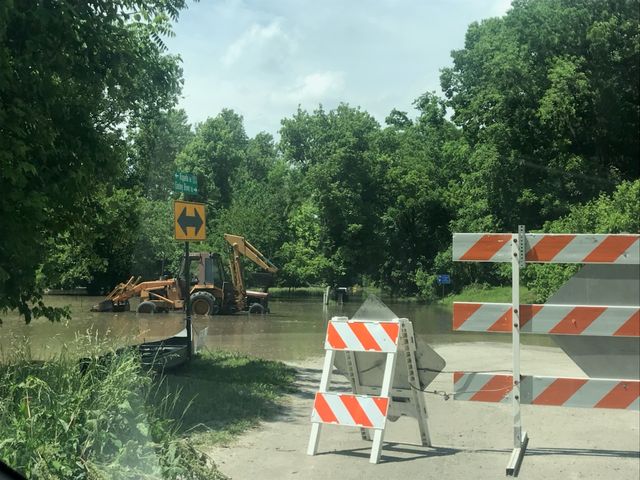 BOONE COUNTY - The Missouri River has completely overflowed its banks near the end of South Route N. near Ashland.

Rippeto Road is blocked off and Easley River Road is fully submerged for as far as the eye can see.

Neighbors said this is the worst flooding they have seen since the flood of 1993.

Steve Schultz, who lives near the corner of South Route N and Ripetto Road, said people in the area were prepared for the rising river.

"It's come up the berm, the edge, it's crested, and now it's gonna eventually be covered."

Before covering the roads, the river overflowed into a field by about 200 feet.

A house, R.V. and small barn are in the middle of the field, almost half way under water.

Cooper's Landing is feeling the impact.

The manager said the only way to reach the campgrounds is to canoe for about a mile.

The water rose steadily in the area much of the afternoon.

Schultz said he was planning to move his car up the hill before his driveway is flooded.

He said if coming rain pushes the river higher, he will canoe back and forth from his house in order to get to work.

Schultz said he thinks the water will end up covering the entire intersection near Rippeto Road and South Route N.