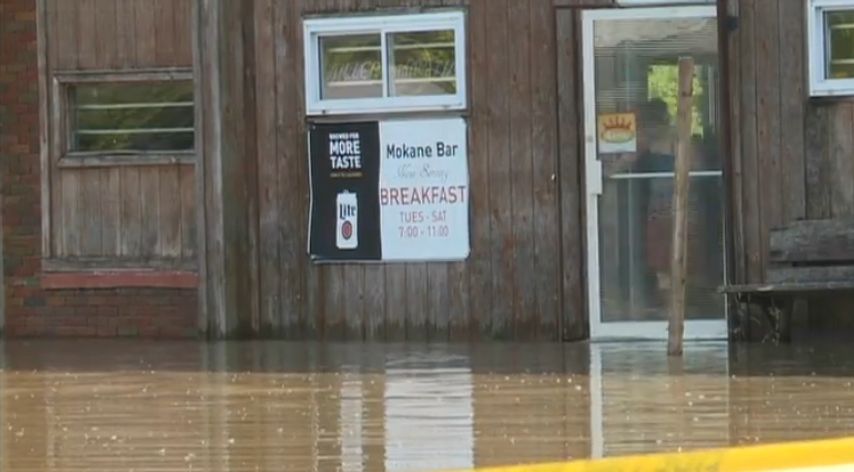 MOKANE - Mid-Missourians living near the Missouri River are preparing for another summer of floods.

"I hear it's going to be even worse this year," said Danny Brewer of Portland. "The community is getting together and we're going to prepare for the worst."

"It was kind of neat to see," she said. "But at the same time knowing that it washed out all that land and all those crops underneath, it was kind of devastating."

"It was halfway up the hill," said Brewer, gesturing to a spot 15 feet away. "Last year we got two and a half feet of water inside the bar," referencing the Mokane Bar and Grill.

The Army Corp of Engineers Kansas City District, which administers the Mid-Missouri river basin, is currently soliciting bids to repair the levees damaged in the 2019 floods. Bidding is expected to close in early March, with notice being given to the chosen contractor within a week.

"We usually give the contract to the lowest bidder," said Mike Dulin, an Emergency Management Specialist with the Corp. "Right now we've approved around 59 projects, and they all are being fully funded."

Dulin also said the district has received roughly 119 levee repair requests, but he expects that number will drop to around 70 total levees.

"A lot of times we get multiple reports for the same levee," he said. "Once we go out and start doing reports, that number drops."

Dulin said he hopes the levee repairs will begin by April, but residents along the river are bracing for more floods.

"So we're going two and a half feet higher," Brewer said, referring to a sandbag wall the townspeople are readying.

But Brewer is confident things will work out for those along the river.

"All I can say is," continued Brewer, "If God's willing and the Devil don't object, we're goin' to survive this."