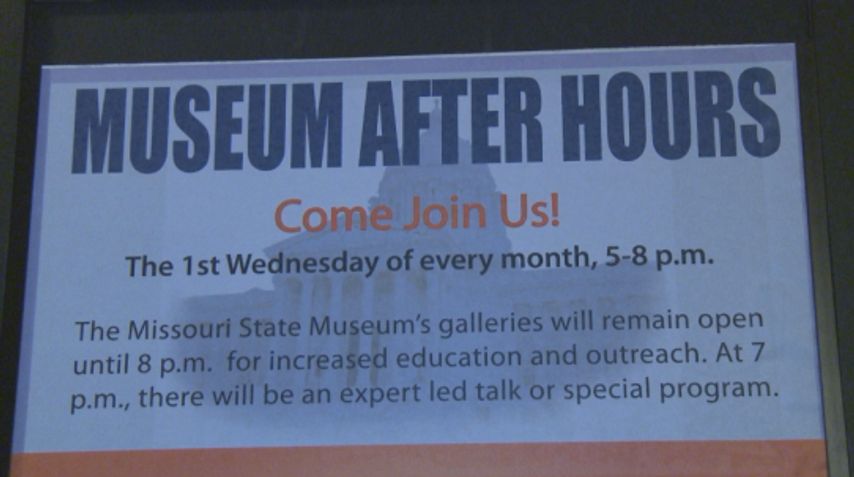 JEFFERSON CITY – The Missouri State Museum will hold an eclipse-related program Wednesday night as a part of the “Museum After Hours” series. The program is called "Eclipse and More."

"Museum After Hours" happens every first Wednesday of the month.

“Aug. 2 we will be hosting David Ganey, who’s an astronomy teacher here in Jefferson City, and he’ll be talking about the eclipse that’s coming up Aug. 21 and some of the other astronomical phenomenon’s that will be seen in the night sky over the next few weeks,” said Tiffany Patterson, the museum’s director.

“I’m really surprised and honored that they asked me to give the talk,” Ganey said.

Ganey will speak about the cause and frequency of eclipses, safety in viewing the eclipse and the history and impact on society eclipses can have.

“We just want to make sure that everyone is aware of what’s going on and that they are equipped to really enjoy the eclipse, because this is probably the only time any of us will see a total eclipse,” Patterson said.

“There’s lots of different scientific advancements that we know now because of the total eclipse,”Ganey said. “I think the greatest thing that is happening as a science educator is seeing so many people getting so excited about the eclipse. I think it’s a great economic thing for Jefferson City and an education thing for kids and adults, and this is something that you can only see so often.”

The program is free of charge, and will be held in the History hall in the east wing of the Capitol.

The museum will hold another program on the eclipse for children Aug. 15.