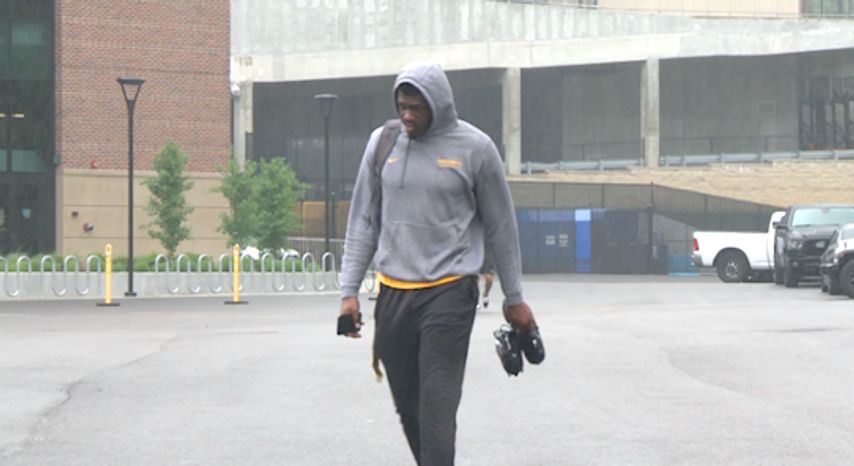 COLUMBIA - Mizzou Football is officially back... well, kind of.

Players returned to football facilities on Monday but are only allowed to hold voluntary workout sessions per NCAA guidelines.

"We didn't really know what was going to happen until late," Zac Woodfin, Mizzou strength and conditioning coach, said. "I really did my due diligence as the leader of this conditioning program to make sure we had a plan when really this has never happened before."

These voluntary workouts are staggered in certain time frames where athletes are allowed to enter the building and workout in small groups while remaining six-feet apart.

"I assign them areas where I think they're going to excel," Woodfin said. "It's not just me doing every little thing. I put a lot of trust in my employees and coaches and they do a great job."

Woodfin said he believes that the Tigers can get back on track despite lost time.

“I do believe two months is enough time to have our team ready to win," Woodfin said. "We need to be very strategic in what we do and how we do it. If that’s the case, we need to make sure we follow the plan to a ‘T’ and we have excellent communication, where it was our athletic performance.”

These workouts come after players met up exactly one week ago on June 3rd at MU's campus to peacefully protest.