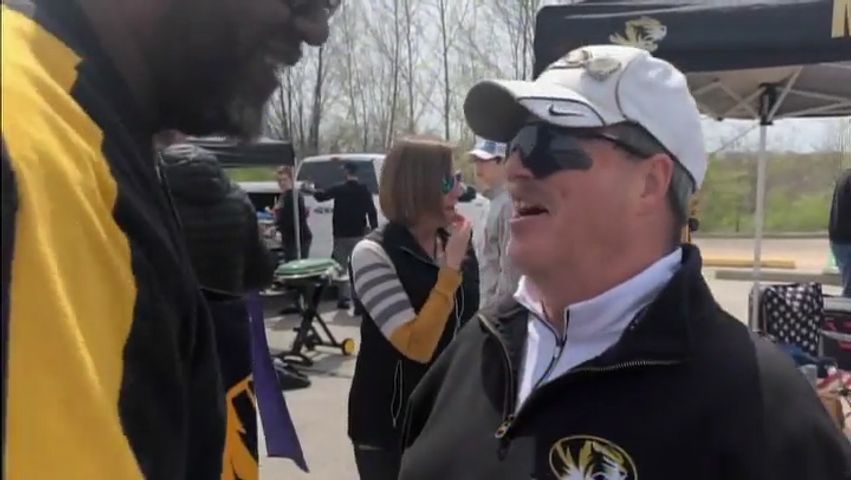 COLUMBIA - Mizzou superfan Brian Garner has accumulated hundreds of coaches and players' signatures on his prosthetic leg. He hasn't missed a home game in 13 years. He's been to every game, home and away, each of the last two years.

"I spend 12 months a year waiting on Mizzou football to get here," Garner said.

Despite the uncertain future of college football this fall, Garner said he is staying optimistic about the upcoming season.

"I think, unless something medically really happens, I think there's going to be SEC football come September," he said.

Both the Big 10 and Pac 12 announced Tuesday they are canceling all fall sports, becoming the first Power 5 conferences to do so. Last week, the Mid-American Conference postponed the season until the spring.

"I remain comortable with the thorough and deliberate approach that the SEC and our 14 members are taking to support a healthy environment for our student-athletes," Sankey said in a statement Tuesday afternoon.

The SEC made the switch to a 10-game, conference-only schedule on July 30. Mizzou's first game is scheduled for Sept. 26 against Vanderbilt.

This year, Garner said he's got a new prosthetic leg to replace his current one that is old, broken down and full of autographs. He's hoping to fill the new leg with signatures, too.

"I have a spot front and center for Drink," Garner said, referring to first-year Mizzou head coach Eliah Drinkwitz. "I'm going to make arrangements to get him [to sign my leg], and it will be a very cool day when I do."

"If they move it to the spring, I'm in! I got warm weather gear, I got cold weather gear, I don't care. I just want them to play football," he said. "But if football gets canceled, which I don't see happening, but if it does, I'll pout. Oh my God will I pout. But I'll get over it."