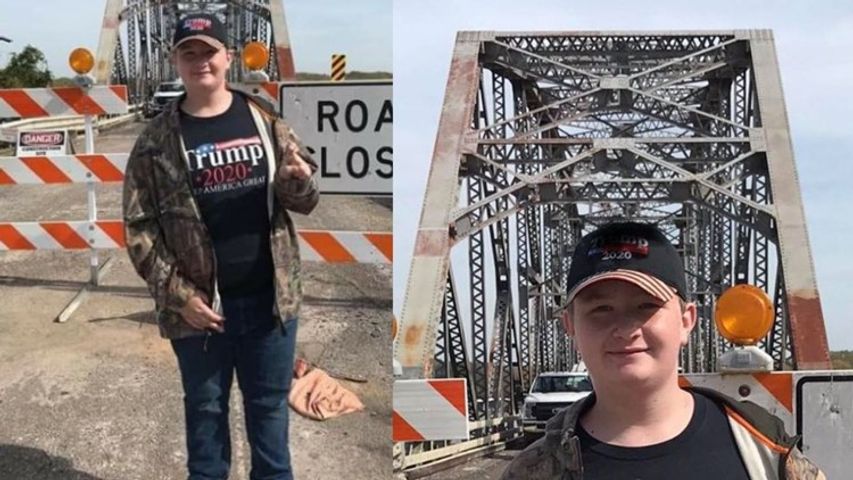 LOUISIANA, Mo. — The Missouri Department of Transportation has apologized for posting an edited photo that cropped out a boy's "Trump 2020" shirt and appeared to blur part of his "Trump 2020" cap.

KSDK-TV reports that Mitchel Lemons of Nebo, Illinois, won a raffle to push the detonator for a controlled explosion to remove an old Mississippi River bridge at Louisiana, Missouri, on Friday. The Champ Clark Bridge was recently replaced.

MoDOT posted on social media a photo cropped so the shirt didn't show. The word "Trump" appeared blurred on the cap.

"We got the tickets for him for his birthday," said Mitchel's dad Steve Lemon told KSDK in St. Louis.

On Monday, Steve Lemons said his son was "kind of upset" about the edit.

"It was his decision," said Steve. "[Mitchel] wanted to wear the hat with the shirt. They should have left him alone. It's his freedom of speech or whatever you want to call it."

MoDOT apologized within hours for "the error in judgment," and posted the unedited photo. The agency says the edits were originally made so it wouldn't appear to be "campaigning."