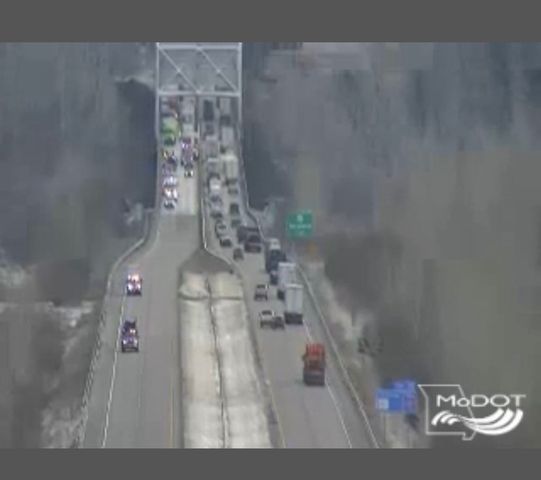 Sgt. Scott White said there were several different crashes this morning, and the first crash was a fatality. White said an SUV lost control and went on the left side of the roadway. According to witnesses, Chantel Winfield attempted to get out of her car when she was struck by a semi truck.

White said the cause of the crash is still under investigation, but he said the crash happened when road conditions were still poor.

"The last several weather events we've had, we've had some major crashes on the Missouri River Bridge near Rocheport, and there's not a single thing we can look at," he said. "Sometimes commercial motor vehicles are involved, sometimes passenger vehicles."

White says because this is an elevated surface, it will freeze quicker than the roads.

"We caution drivers to make sure they slow down, and those drivers that do approach the bridge, make sure they are scanning ahead and that there isn't another crash in front of them," he said.

"The problem we do have are those secondary crashes and those long traffic back-ups," he said.

On January 11, 2020 Troop F received 65 calls for services, no injuries or fatalities. Wednesday there were 105 calls, 7 injuries and 1 fatality.