MU announces demolition of Pickard Hall on the quad 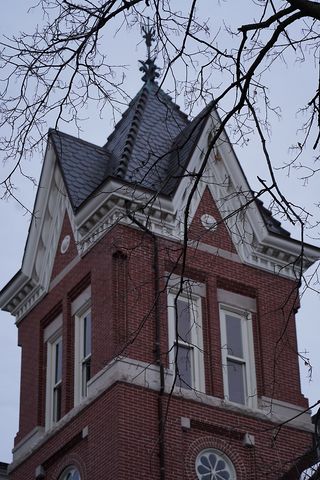 COLUMBIA- MU announced Thursday that it had made plans to demolish Pickard Hall.

The historic building has been on MU's Francis Quadrangle since 1892.

In the early 1900s, Pickard Hall housed the chemistry department. During that time, MU professor Hermann Schlundt and other chemists experimented with naturally occurring radioactive materials, or NORM, in the basement of the building.

According to a news release, officials have been monitoring the building for the last 50 years to determine whether it met health and safety standards according to the Nuclear Regulatory Commission (NRC).

MU spokesperson Christian Basi said the decision to demolish the building was not made lightly.

"The demolition of the building was the only option that we knew could completely deal with the entire issue as well as be cost effective," he said.

The building used to house the Museum of Art and Archeology as well as the School of Visual Studies. Both departments moved out of the building in 2013 and it has been vacant since then.

MU sophomore Annabelle Merrill said it's strange to think about a change in the look of the quad.

"It's what I first saw when I came to Mizzou," she said. "I'm from Texas so this is what my view of Mizzou really is."

Officials have sent final plans for demolition to the NRC. Once the plan is approved, the university will have two years to complete the project.

Basi said the university understands the importance of the quad and that some might be upset about the demolition of an historic building.

"We want to make sure that everyone understands that we are very committed that anything that goes back here will respect the nature and beauty of this quadrangle," he said.

As of right now, there are no solid plans for any new building to replace Pickard Hall.