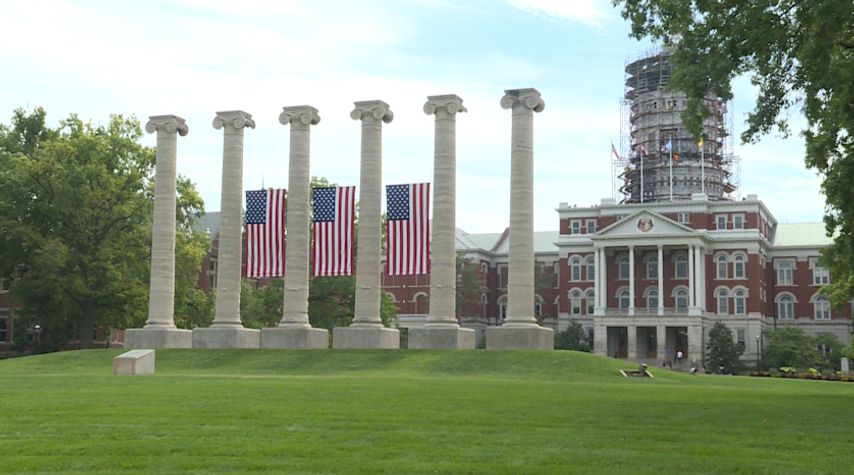 People across the country and the world remember the 2001 attacks in their own ways.

Remembrance on the MU campus will start at 10 a.m. on the Francis Quadrangle with a wreath-laying ceremony. The ceremony will feature MU Provost Latha Ramchand, along with faculty, staff, student and alumni representatives who will participate in the wreath-laying.

The bell at Switzler Hall will ring 18 times in recognition of the 18th anniversary of Sept. 11, 2001. At the conclusion of the ceremony, an MU trumpeter will play taps, a 24-note melody that honors the men and women who have paid the ultimate sacrifice for the cause of freedom.

Among the sponsors of the event is the Mizzou Student Veterans Association. The director of the MU Veterans Center said memorial services like these are what help Americans remember the significance of the attacks.

"If we did not honor the memories, then we would forget about the lessons that we learned from 9/11, 18 years ago," said Robert Ross.

He said they are also important in helping Americans recall those who have laid down their lives to protect others.

"These were Americans that lost their lives in an effort to save other Americans," Ross said. "So we can never forget the sacrifices that Americans have made before us."

And choosing to honor them on Patriot Day is a sign of the American Culture, he said.

"We cannot let the memories of those brave Americans go by without some type of remembrance. That's just the way we are as an American culture."

Ross also said he believes honoring those who lost their lives is one of the best ways to keep their spirits alive.

"They put their lives on the line and they are gone physically," he said. "But we would like to think that their memory lives on."

Another MU event will commemorate the lives lost on 9/11, as well as American veterans. It will feature talks from two Israeli soldiers injured in the fight against terrorism.

The event is open to the public and takes place at Memorial Union on the MU campus at 7 p.m.