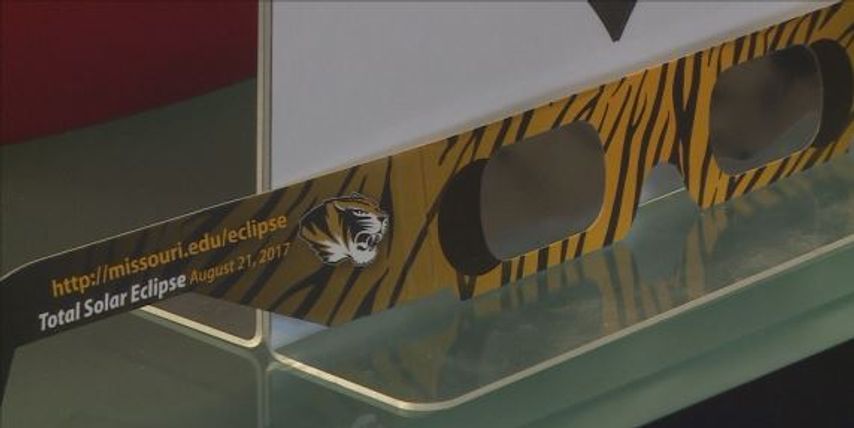 Astronomers Without Borders is accepting donations of gently used eclipse glasses for a new program to recycle them and MU is taking part.

MU Honors College director J.D. Bowers used social media to figure out what he could do to help people on campus dispose of their glasses, and he said there are around 1,000 donations already in the bin.

"We gave out hundreds here in the Honors College," Bowers said. "I sort of felt an obligation that those same glasses not appear in our trash cans, so that was a nice way to keep them from just being thrown out."

Astronomers Without Borders posted on Facebook saying the glasses will be sent to schools in Asia and South America for a solar eclipse passes over those continents in 2019. Parts of countries like Chile and Argentina will experience totality just like Columbia residents did.

Astronomers Without Borders founder and president Mike Simmons told Facebook followers the response to the donation program was "overwhelming."

"If you want to collect them from your friends, neighbors, school or anything else please do!" Simmons said. "Become an official AWB glasses collection center!"

The public is welcome to donate eclipse glasses at Lowry Hall 210 until Friday. For those who can't bring them in, Simmons said, donations will also be accepted through mail to Explore Scientific, 1010 S. 48th Street, Springdale, AR 72762.

Astronomers Without Borders is a nonprofit organization founded in 2007 to sponsor and support astronomy and STEM programs in developing countries. It will formally announce its program for eclipse glasses donation at a later date and encourage the public to stay up-to-date through its newsletter or its Facebook page.

Those holding onto their glasses shouldn't expect another solar eclipse in Columbia until 2024, and a total eclipse in Missouri is still 488 years away.

Glasses that were safe for the 2017 eclipse should be fine for other, sooner, occurrences as long as they are not scratched or ripped.