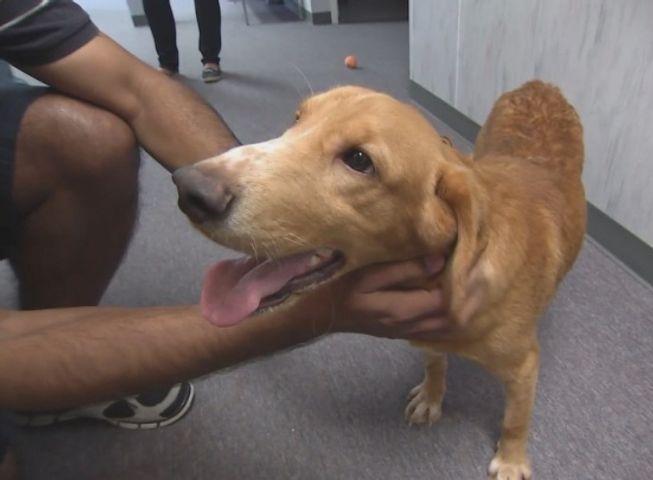 COLUMBIA - Researchers at the University of Missouri have successfully treated dogs with the most common form of muscular dystrophy, Duchenne Muscular Dystrophy (DMD).

Researchers said human clinical trials are being planned in the next few years.

"This discovery took our research team more than 10 years, but we believe we are on the cusp of having a treatment for the disease," one researcher said.

Dongsheng Duan, the study leader, said DMD is the most common muscle disease in boys, and there is currently no effective therapy for humans.

He said patients with the disease have a gene mutation that disrupts the production of a protein known as "dystrophin." The absence of this protein leads to muscle cell degeneration and death. Boys with DMD lose their ability to walk and breathe as they age.

Duan said dystrophin is one of the largest genes in the human body.

Through previous research, Duan's team developed a miniature version of the gene called a microgene. He said the microgene successfully protected all muscles in the body of diseased mice.

After more than 10 years, the team has now found a way to safely send the micro-dystrophin to every muscle in a dog that has the disease. He said dogs have a body size similar to that of an affected boy.

Duan's team found that a common virus makes this possible.

Researchers injected this virus into dogs between two to three months old, that had started to show signs of DMD. They said the dogs are now six to seven months old and continue to develop normally.

"These dogs develop DMD naturally in a similar manner as humans," Duan said.

Duan said the virus used produces no symptoms in the human body, making it a safe way to spread the dystrophin gene throughout the body.

He said it's important to treat DMD early before the disease does a lot of damage, and the therapy has the greatest impact in the early stages of life.

Duan recently received a five-year $3 million grant from NIH to continue his research.