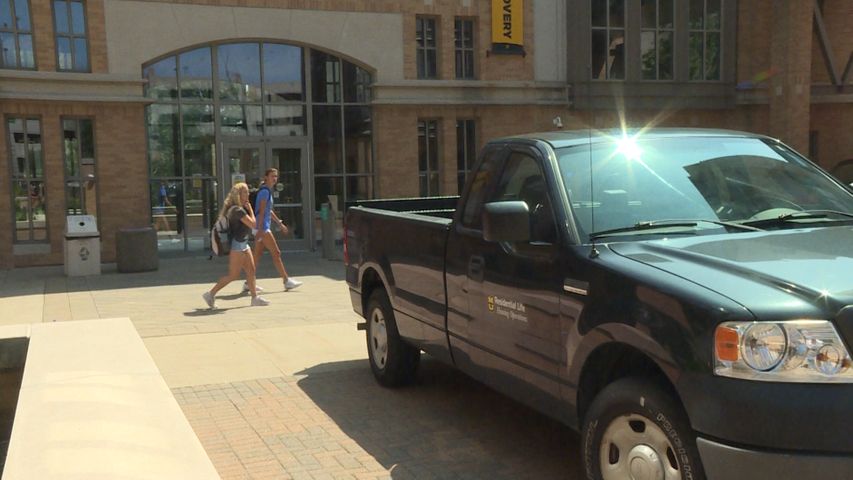 COLUMBIA - More than 5,000 freshmen began classes at the University of Missouri on Monday.

According to the MU News Bureau, the freshman class increased by more than 16% compared to last year, marking the second year in a row the university has experienced double-digit percentage freshmen enrollment growth.

MU Residential Life is working with three Columbia apartment complexes for overflow housing - UCentre, Campus Lodge and RISE apartments. The university signed 780 units in private apartments. About 750 of them have been filled.

MU spokesperson Liz McCune said the university makes sure students who live in the private apartment complexes have access to the same resources as those who live in traditional residence halls.

"Even though they don't live with us in a very heart of campus, we're working very hard so that they have the similar experience," she said.

Freshman Tericka Cain, who lives in the UCentre, said she wasn't disappointed with her apartment.

"It's nice and modern," she said. "The apartment is very, very spacious."

Cain said she was excited to have her own place.

"I'm not a super big fan of sharing bathrooms and stuff," she said. "I've heard super sketchy things about residence halls, and I am glad I won't have to deal with it."

Cain said she and her roommates walk to campus.

"If you don't want to walk, you can also Lyft and Uber," she said. "That's what we do if we have a super far away classes."

Cain said even though it gets busy on weekends because downtown is close, she doesn't want to live in residence halls next year.

"I don't want to go from apartment living to ResLife living," she said. "I just won't enjoy myself."

Christian Basi, MU spokesperson, said the preliminary ResLife number of students for this year is 6,713. It's the highest number in the last eight years. He said that number was fluid and depends on if students actually show up.

In 2017, lower enrollment has caused the University of Missouri to close seven residence halls. The MU Residential Life had enough empty dorm rooms to open for rent in Mizzou football weekends.

Flights in and out of Columbia Airport canceled Friday

LGBTQ+ history could be taught in public schools under proposed bill