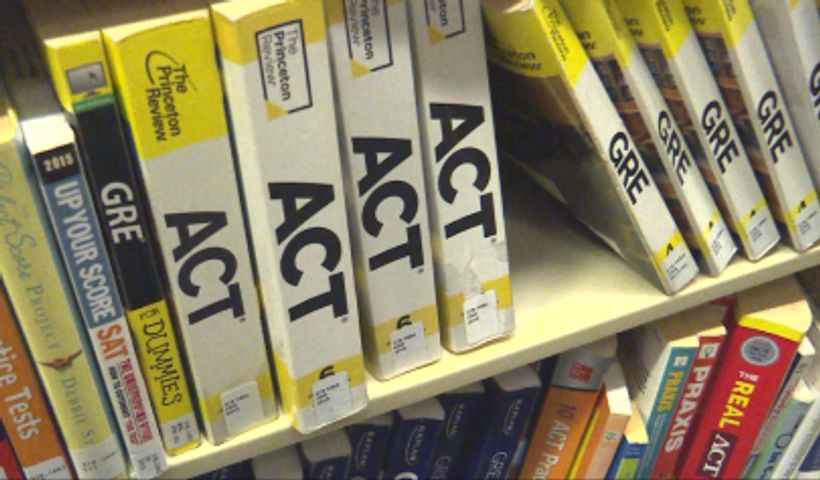 Columbia - A recent University of Missouri study shows nearly 50 percent of high school students are unaware that they can take college-entrance exams, like the SAT and ACT, more than once.

A team of researchers, including education economist Oded Gurantz, found retake rates are even lower among low-income and minority students, a fact that correlates with lower college-entry rates and leads to fewer opportunities for financial aid.

"Being able to take exams multiple times to improve your score opens those doors for you to have additional financial resources in terms of scholarships," said Jerron Johnson, program director at the Missouri College Advising Corp.

In the study, Gurantz says the disparity comes because low-income and minority students are unaware they can take the exam more than once.

Johnson said that's just the gateway to a larger problem.

Johnson said there's an "information barrier," which includes "not knowing how to access financial resources for fee waivers and not knowing that taking the exam multiple times can improve their score."

Both Johnson and Gurantz agreed that an inability to pay for the exam often prevents students from retaking it.

The state of Missouri previously funded a free exam for all students, but ended the practice due to budget cuts under the Greiten's administration.

Johnson said one factor is that students don't know they can actually get and qualify for fee waivers. The ACT offers two for low-income students.

Taylor Westbrook, a college-student in TRIO, an academic success organization catering to low-income, minority and first-generation students, said she had no clue waivers were available.

"I was not ever informed that I could get a waiver," she said. "I paid for it out of my pocket both times."

Westbrook took the exam only once. A last minute sickness prevented her from taking her second exam. She decided against paying for the exam again because of the costs.

"I settled with my first score," she said. "It was a lot of money for me to pay for the exams, making minimum wage at the time."

Johnson said other barriers center around a student's psyche: a low initial score paired with a lack of preparation resources result in students choosing to abandon the exam after their first try.

"Often times, students get discouraged with their first score not recognizing that they can take it again and that there are resources out their for ACT prep courses," he said.

Both Johnson and Gurantz said reducing the disparity among retake rates is crucial in getting low-income and minority students into four-year institutions.

Gurantz noted in his study "that raising the retake rate of low income students to that of high income students would close up to 20 percent of the four-year college enrollment gap by income."

Doing the same among minority students would close up to 10 percent of the gap in four-year college enrollment, he said.