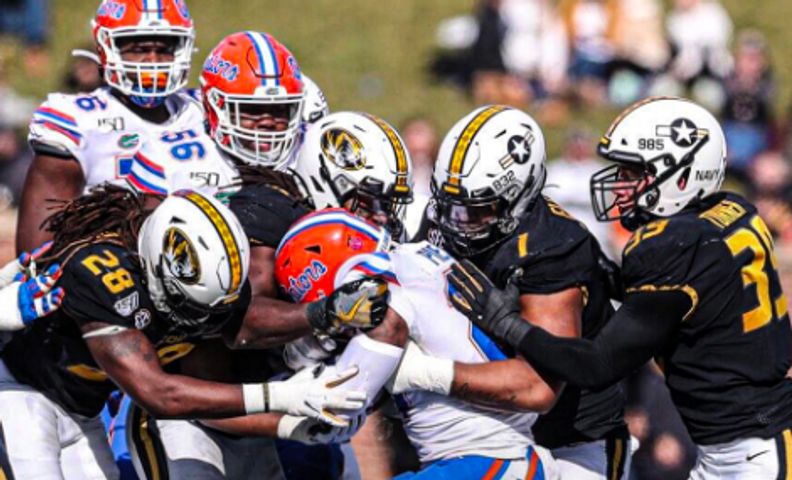 COLUMBIA - Finding reason for optimism in a shut out is not easy. But true freshman quarterback Connor Bazelak provided some Saturday against Georgia.

Bazelak entered Missouri's 27-0 loss in the fourth quarter and immediately produced a 17-play drive. The drive brought Missouri closest that it came to points all day as the drive sputtering on the Georgia four yard line.
In that drive, the Tigers gained six first downs with Bazelak on the field. That's more than the five Missouri gained through 10 drives with redshirt sophomore Taylor Powell at quarterback.
Powell faced the Bulldogs during the heat of the game, though. Georgia had a 27-0 lead when Bazelak entered the game.
It's a small sample size but an encouraging one, nonetheless, for Bazelak's future with the Tigers.
That future could be years down the road, or it could be this season, depending on how much the coaching staff values that 17-play drive.
And it may be based on need. Bazelak and Powell filled in for starter Kelly Bryant, who missed the game with a hamstring injury. He could return against Florida, but in case he doesn't, Missouri will have to turn to a backup again.
Powell is still likely the choice if Bryant can't go, but his efforts Saturday didn't make him the clear cut guy. Maybe, just maybe Bazelak earned himself some more playing time with his efforts Saturday.
Here are two more numbers to know:
51: Sophomore linebacker Nick Bolton has tallied 51 solo tackles this season, the most of any Southeastern Conference player. He's been a play maker for the Tigers all season, and he turned in another strong effort Saturday against the Bulldogs with nine total tackles, two tackles for loss and Missouri's only sack.
26 percent: Missouri's offense has converted on 26 percent of its third down attempts over the three-game losing skid. That's about once every four tries. It would behoove Missouri to improve this number in an overall effort to spark a sputtering offense.