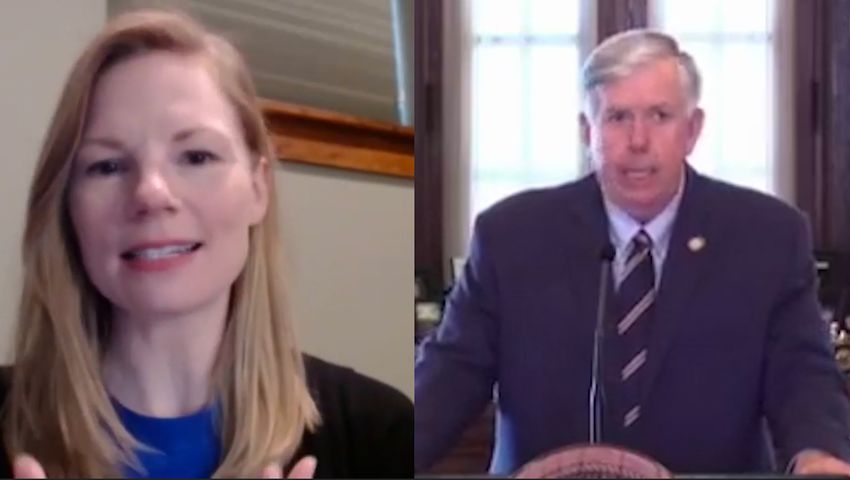 JEFFERSON CITY - Gov. Mike Parson announced Tuesday that Missouri voters will see the constitutional amendment to expand Medicaid eligibility on their ballots in August rather than November.

"Today I made the decision to place Medicaid expansion on the August primary ballot," he said. "I want to be clear: this was about policy, not politics."

He said he chose to move the ballot measure to the earlier date in order for state officials to have a clear picture of where the state budget will stand as soon as possible.

Parson's likely Democratic challenger for governor, state auditor Nicole Galloway, questioned this explanation and said Parson made the decision because of his own political interests.

"He thinks it will give him a better chance of defeating Medicaid expansion with a smaller electorate in the August ballot," she said.

"With an off-cycle election, you would not expect as many people to vote," he said. "It's not just fewer people, but it also tends to be a different kind of person who's more likely to vote."

It's unclear if the ongoing COVID-19 pandemic will affect voter turnout further. There is a bill on Parson's desk that would allow anyone to vote absentee during the state of emergency.

Missouri is one of 14 states that has not expanded Medicaid eligibility since the Affordable Care Act passed in 2010.

A report from the state shows the measure's actual impact in uncertain, with potential increased costs of at least $200 million to savings of $1 billion.

Currently, parents are eligible if their income is below 19% of the federal poverty level. For a family of four, that's an annual income of $4,769. Adults who do not have children or a disability are ineligible for Medicaid coverage, regardless of their income.

If voters approve expanding Medicaid eligibility, more than 250,000 more Missourians could gain healthcare. That's because the new rules would expand coverage to "non-elderly, non-Medicare, low-income adults up to 133% of the federal poverty level." Additionally, the law includes a 5% window that would, in effect, expand coverage to adults with incomes up to 138% of the federal poverty level, which, for a family of four, is equal to $34,638.

The last time state lawmakers moved a ballot measure from the November general election to the August primary election was in 2018 with right-to-work.

In that election, voters rejected the proposition.