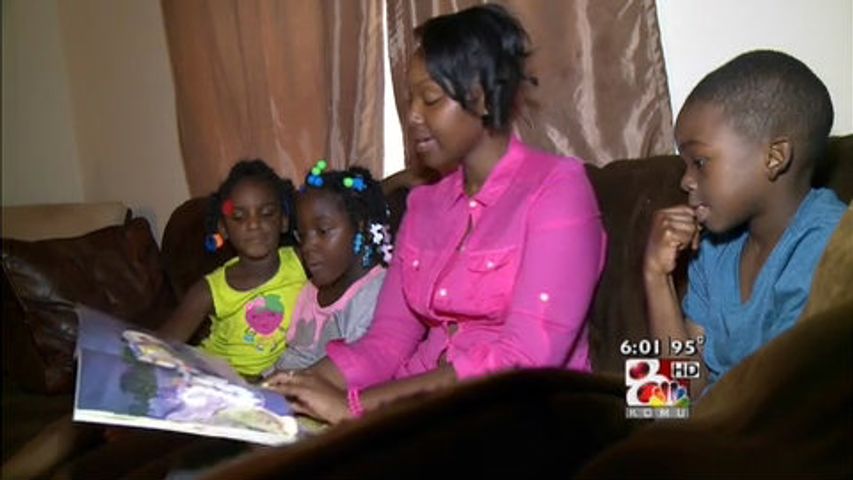 COLUMBIA - Education is often seen as a way out of poverty, but getting that education can be a struggle for both kids and adults below the poverty line.

Adrian Clifton spends as much time as she can reading to her kids and encouraging them to take school seriously. As a former teacher and current PhD student studying education and literacy, she wants them to have every possible opportunity because she wants their childhood to look different than her own. Clifton grew up in poverty in Columbia.

"I made a lot of bad choices. I was in and out of juvenile detention," Clifton said.

By the end of her high school years she managed to turn things around and got into the University of Missouri, but her success didn't come easily.

"There's a lot of barriers. A lot of challenges. I mean it definitely feels at times that the world is absolutely against you," Clifton said.

Clifton feels she was lucky to have a mother and school counselor who showed her how to apply for scholarships and federal aid which made the cost of college less overwhelming, but recent test scores show the gaps go beyond income.

On the 2013 map tests minority and low income students in Columbia Public Schools scored 35.7%. That's compared to the district's 82.1% overall.

The differance is test scores is one of the reasons why CPS will offer a new program in all middle and high schools this school year. The program is called Advancement Via Individual Determination or AVID, and it aims to help kids who are capable but need a little extra support.

"We want to change the culture of our students. We want them to believe that college is a viable option for them," said Dale.

Educators point out that while college readiness is helpful, problems with poverty affect children's education long before they're even thinking about higher education. Hunger, not having enough clothes, and other issues can make focusing in class difficult. Last year almost 40% of CPS students qualified for free and reduced lunch, a key indicator of poverty. Columbia schools team up with the food bank and other organizations to try and help, but they can't fix everything.

"One of the main things that I see here is transportation," said CPS Home-School Communicator Tara Collier. "Transportation is a big issue, getting to a lot of school functions."

Clifton knows from experience that kids who grow up in poverty face challenges in getting an education, but she also says fighting for that education is worth it.

Clifton's advice to students in poverty who want to go to college is to apply for scholarships. She found growing up below the poverty line was actually a benefit when filling out those applications, and she got almost all of her undergraduate studies paid for.