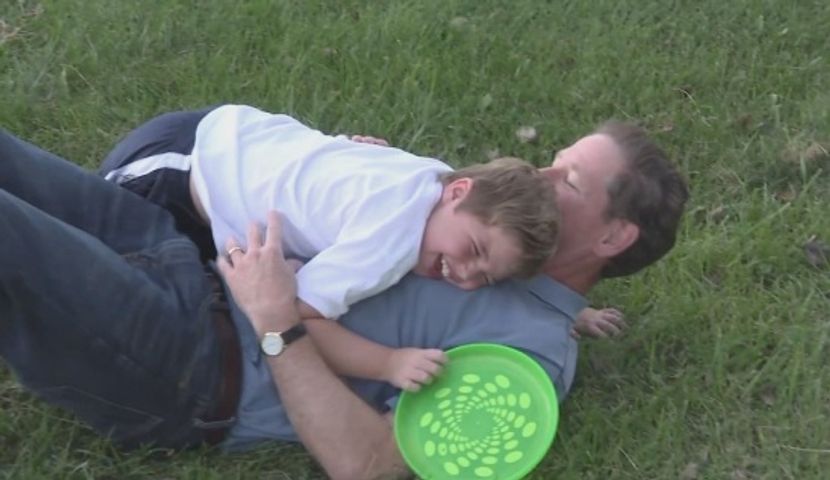 COLUMBIA - A researcher at the University of Missouri said Thursday he can safely say treatment for humans with Duchenne Muscular Dystrophy (DMD) is two years away.

Dongsheng Duan said, "If you were a kid diagnosed with the disease, from the moment you get the diagnosis, you're done, that's it, no happy life. They die by the time most of us are graduating from college."

He said the initial gene mutation responsible for the disease was discovered back in 1986. It disrupts the production of a protein that protects muscles from degeneration. The new treatment works by introducing a fully functional version of the gene into the body using a harmless virus.

"At the time, they thought it would be fairly easy to put the gene back into the body, but the road to that goal is not that straightforward," Duan said.

He said his team was able to cure a mouse improving the overall function of its muscles.

"A mouse is a mouse. it's not a human, so to get from a mouse to a human there are several things," Duan said. "We needed to find a model between the two."

Researchers moved on to testing the treatment in dogs.

A few years ago, he said they did an injection into a single muscle of a dog.

"A dog naturally develops DMD identical to humans and if we can treat dogs we can move this to a boy," Duan said.

He said after the initial injection they measured the muscle force and saw considerable improvement. They then injected the virus containing the gene into the blood stream of the dog.

"We saw that there was no toxicity. We looked at [the muscle] activity, it was great. We did a biopsy and took some piece of muscle out of dog and examined it under a microscope and it looked fabulous, it's incredible," Duan said.

He said the virus used is safe and is the only virus that can go to all of the muscles in the body.

"80 percent of us have been infected at some point by this virus, most of the time it's nothing. We don't even know we have been affected," Duan said.

The virus is the forefront for a number of gene therapy applications, he said.

"In one clinical trial they tried to treat a boy with a disease that kept him from seeing. They put the normal gene into the virus and the boy could see," Duan said.

He said treatment for DMD will soon be as simple as getting an injection.

"It would keep the remaining muscle healthy and improve their life quality. They don't go downhill, but rather maintain stable [muscle function] or even go upward," Duan said.

He said is he hopeful.

"We are finally getting to a stage where we can say we are getting pretty close, it's going to happen," he said.