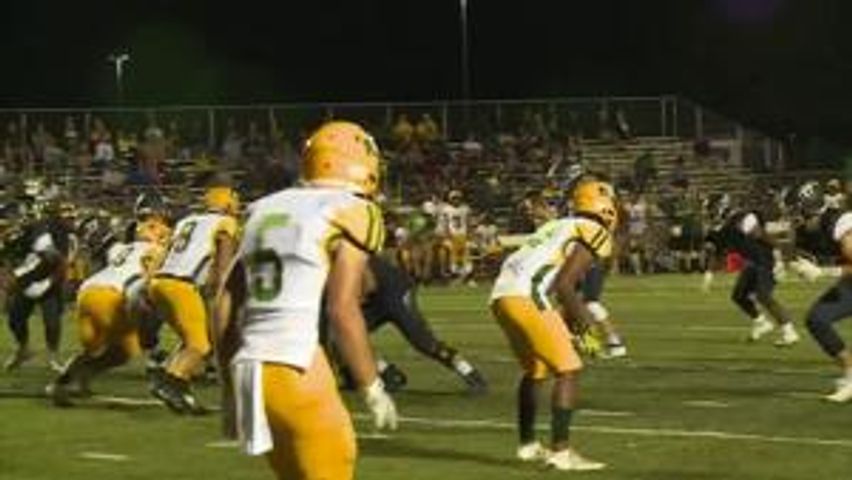 KANSAS CITY - Rock Bridge coach Van Vanatta has been looking for improvement in the way his team has played for weeks now.

Improvement in the Bruins’ mental approach.

Improvement in doing their jobs.

Starting slowly has been a recurring pattern for Rock Bridge, and Friday was no different. The Titans' Brock Kobel returned the opening kickoff 99 yards for a touchdown and Lee's Summit West took an early lead.

The Titans scored again on a 16-yard Colby Baggett reception before the break, but a 70-yard touchdown run from Miles Cheatum at the start of the second half gave the Bruins hope of a comeback. Would it be enough to kick-start the improvement that Vanatta has been trying to implement? Could Rock Bridge finally turn its season around?

The answer was no.

Lee's Summit West hit back on the next drive when Taylor Wilson ran the football in from seven yards out. By the end of the third quarter, it was 35-7 following a Sammy Cooper quarterback sneak into the end zone and a touchdown catch from Trevor Cardell.

“It’s a killer,” Vanatta said. “Finally, our offense did some things and we got back in the game and then the defense blew some assignments. It’s just the same old, same old. I’m not going to sugarcoat it. We’re not doing a very good job.”

Will Norris converted a 41-yard field goal before the final whistle, but this was not the performance for which Vanatta was hoping before the game, when he said he wanted his players to come out mentally focused and doing their jobs.

Rock Bridge has to play better next week to avoid an 0-5 start to the 2019 season. But the Bruins shouldn’t need any additional motivation against local rival Hickman (2-2), which recorded a big victory against Smith-Cotton on Friday.