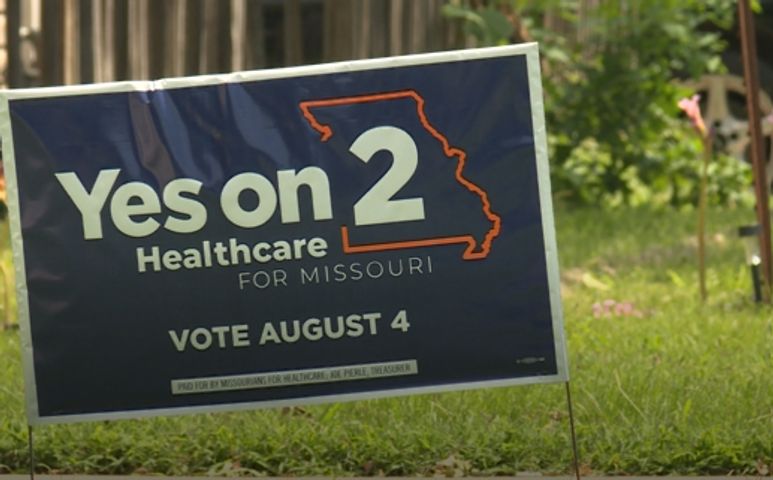 Joshua Dunne, chair of the Cole County Democrats, said without rural voters, this measure would not have passed.

The only places with a majority of "yes" votes were urban areas like St. Louis, Kansas City, Columbia and Springfield. The rest, where the majority of people voted no, or red, came from mostly rural areas, leading to the "Wall of Red" name.

Dunne also said that people in rural areas sometimes have to travel far if there is a medical emergency, so getting them healthcare by their homes is crucial.

“Allowing those people, those working people, working class people to get healthcare, be healthy. Allow them to go to a doctor, just go to the doctor when they're sick,” Dunne said. “It's so crucial to not just your physical health but just to your emotional health.”

Mary Becker, senior vice president of strategic partnerships and communications at the Missouri Hospital Association said that this expansion will help rural hospitals in need.

“It helps, It's not going to guarantee that we won’t lose more rural hospitals but we have lost ten in the last six years and we are hoping that this stabilizes their finances by reducing the cost of the uninsured,” Becker said.

Becker also said this helps people in rural areas as well, who many have jobs that deal with food service or preparation, because their employer may not offer health insurance.

“When you think about the people that are working in food service, their employer may not offer health insurance and they can’t afford it on that salary,” Becker said. “If they are trying to raise children and pay rent and food, usually they forgo their health.”

People who qualify for Medicaid expansion will see benefits within the next year.