SAFE seminar teaches parents how to talk to kids about sex 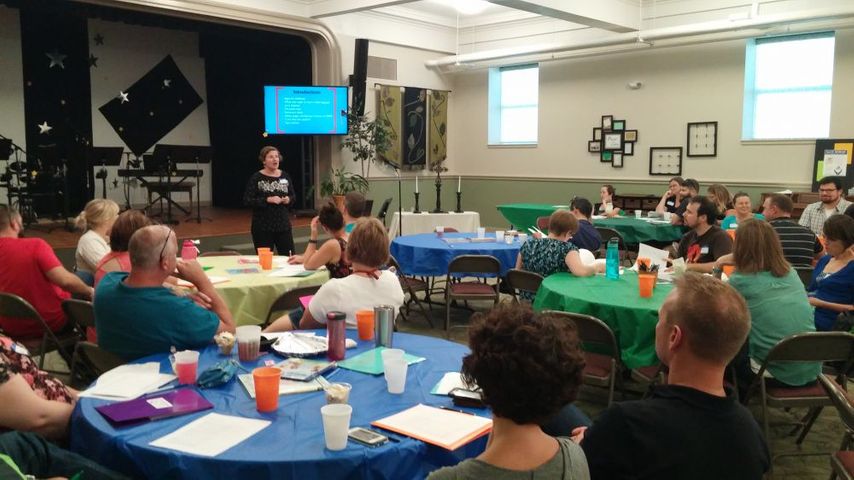 COLUMBIA - Teaching children about "the birds and the bees" can be an experience many parents dread. But a seminar in Columbia Friday gave parents the tools to talk with their kids about sex and safety at any age without the dreaded awkwardness.

Program facilitator LeAnn Gardner said, "Anything to do with sex and kids and development is really isolating for parents and caregivers because it's embarrassing; they don't know how to talk to their kids about it; they don't have the knowledge."

Gardner is a social worker and mother of two. She has led Sexual Awareness and Family Empowerment, or SAFE, seminars throughout the country for about a year. She has worked in sexual abuse prevention for almost a decade.

The seminar's goal was to show parents how they can be their kids' main resource for information about sex, bodily development and safety. Gardner and the parents and caregivers who attended the seminar discussed teaching children about sexual development, body awareness and the importance of telling kids to trust their intuition to prevent unsafe situations and sexual abuse.

"That was one factor I did not see in any other programs, was how to help kids recognize what's already in them, which is their inner guide--their intuition--to keep them safe," she said.

"Being able to communicate with them on that, you know, somebody touched you inappropriately without any shame on body parts is very, very important," she said.

Jennifer Boeckman and her husband Dave came to the seminar with their 7-year-old daughter.

"She's still kind of young, and obviously she's gonna get some of that education in school," Boeckman said. But she attended the event "to be able to teach her the appropriate ways that people should interact with her."

Gardner said it's important to give parents the skills they need in a community setting because children need to have a network of trusted adults to talk to.

While Gardner spoke to parents, the children learned how to react in difficult situations through the Kidz'nPower program.

Hockman's ATA Martial Arts taught the kids self-defense tactics to use in case of abuse or kidnapping attempts. The kids also learned how to deal with bullies.

Boeckman said she thinks her daughter enjoys the lessons.

"I think it's empowering her and giving her confidence, so I think it's awesome," she said.

Gardner said she wants parents to have an ongoing talk about sex and bodies with their children at every age.

"I'm trying to completely blow that myth out of the water that there's one talk that we have when a kid is a teenager because in our culture right now that is way too late," Gardner said.

The seminar was at First Baptist Church.

Senior Pastor Carol McEntyre said a catalyst for hosting the seminar was when her 6-year-old asked her where babies come from. She also said she wanted parents to be their kids' primary educator on issues of sex and intimacy.

"We decided to try to be proactive," McEntyre said.