Salute to America set to happen, but will encourage social distancing 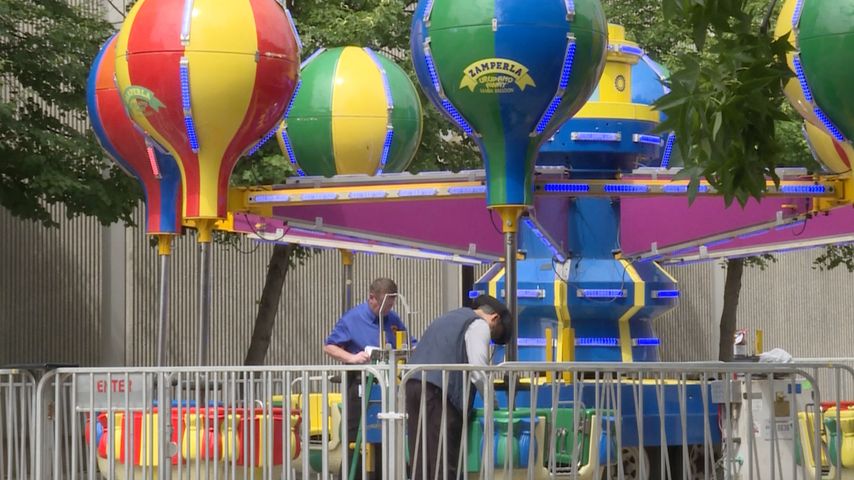 JEFFERSON CITY – Fourth of July festivities are set to begin Friday in Jefferson City, but under a new normal.

Salute to America, Jefferson City’s annual Fourth of July celebration, will run from July 3 through July 5. The parade, carnival rides and concerts will still happen this year, but with reminders of social distancing. Some events were cancelled due to timing and safety concerns.

Events like the Route 66 Car Show, Little Mr. and Miss Independence Contest, Building Blocks to America, the Splash and Play Zone and the Inflatable Fun Run will not be happening this year, according to Salute to America Chair David Thompson.

Thompson said while the state was shutdown, the question of whether or not the event could happen at all this year was on the table.

He said organizers met with the Cole County Health Department in May and followed the Show-Me State Recovery Plan to have the festival this year. After so much anticipation, Thompson said he is ready to celebrate.

“It’s really a fantastic event for us to be able to put on and be able to allow people from around Jefferson City and some from mid-Missouri to come and just experience that normalcy and just get outside,” Thompson said.

The event will look different this year. Thompson said social distancing stickers will be placed near vendors and rides to help with six feet spacing. He also said there will be hand sanitization stations throughout the event, specifically near high contact areas like carnival rides.

While masks are not required, Thompson said people should show up in whatever makes them comfortable.

“I do hope that people take the proper measures that they need to and social distance and if they do want to wear a mask, then they absolutely do wear a mask to the event,” Thompson said.

To also help with social distancing, Thompson said the parade will be extended by one block. He also added that there would be fewer vendors on site to allow for more spacing between booths.

Thompson said organizers behind the event are using the outdoor space to their advantage.

“We do know that one good thing that we have going for us being in a completely outdoor event is that there is a lot of room for people to social distance,” Thompson said.

Celebrations will be held from 4 p.m. to about 10 p.m. on both Friday and Saturday. Carnival rides will be open from 1 p.m. to 5 p.m. on Sunday.