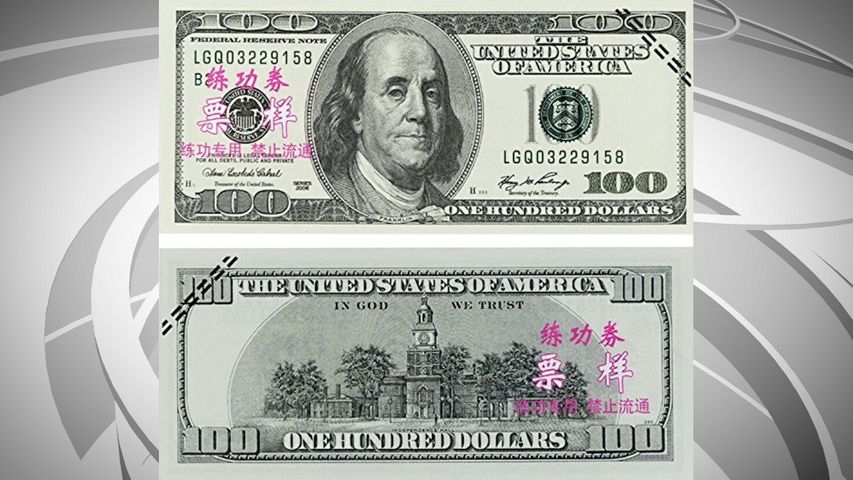 SEDALIA - Sedalia police are warning local businesses to beware of customers trying to use fake money to make real purchases.

Sargeant Kelley Kastow said people order play or prop money off the internet and then try to use it at local businesses.

"What we're finding is that people order this and then they'll take it to a local business and buy something small, present a large bill and get a lot of cash back if they can get away with that," he said.

"Usually they'll try to go to our Break Time's or places where the clerks are busy all day, people running in or out," Kastow said. "They try and get them in real quickly and try and present it that way, hoping that they won't get caught."

However, Kastow said the counterfeit cash is pretty easy to spot.

"If you look at the fake bills, you'll see they have some Oriental markings on them that are in pink on the front and on the back, so they're pretty recognizable, he said.

"I'm 60 years old and I don't ever remember anything like this in our community before."

But Kastow said this isn't the first time Sedalia businesses have had to keep watch for bogus bills.

"It's been an ongoing problem. We'll have it for a little while and then it goes away and comes right back. Last year we had a problem with a different type of fake currency and this year it's becoming a problem again ," he said.

Kastow said the consequences for trying to pass off fake money as real are serious.

"They'll be arrested for forgery, for presenting this as if it were original," he said.

In Missouri, forgery charges can result in a $5,000 fine and up to 7 years in prison.

"If they presented this bill and got away with cash, now they're looking a theft charges as well," Kastow said.

Thomas said he's pretty sure as to why people try to do this.

"Stupidity. People think they're going to get away with it and make a quick easy buck."

Kastow said he hopes to spread awareness about the problem.

"What we're trying to do is get the word out to the community, to our business establishments and let them know that people are going to be trying to do this and to be alert to these fake bills," he said.