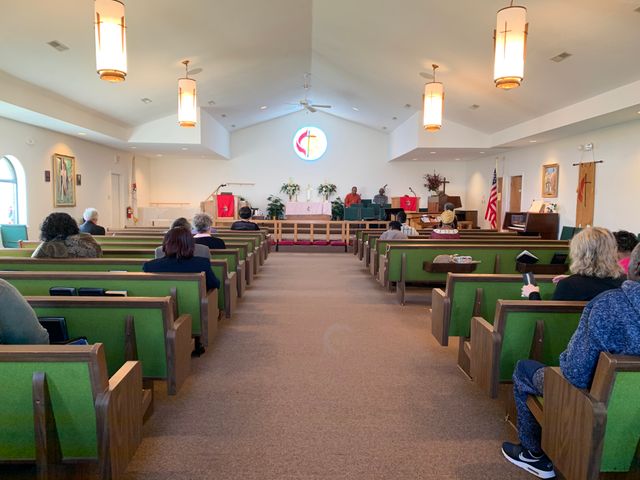 The assessment data indicated black people living in Columbia had higher rates of diabetes and hypertension than white residents. The data also showed death rates from diseases were two to three times higher for the black population.

The ministries are spearheaded in individual churches through trained, lifestyle coaches. The lifestyle coaches are volunteering members of the church, and they go to Columbia/Boone County Public Health once a month for new health lessons.

The coaches then hold health informationals at their churches, which are open to the public.

The coaches were the first church members trained to use the AED.

Annabelle Simmons, a lifestyle coach at St. Luke United Methodist Church, said the AED is necessary to have on hand especially since congregations have a large elderly population.

“If there’s an emergency, you need to be Johnny on the spot,” Simmons said. “So, this will be a way that we can help somebody immediate and, of course, call 911.”

Simmons and four others at St. Luke United Methodist Church were trained to use AEDs, which cost around $1,500.

“It really shows and demonstrates to our community—this target population—that the city really does care,” Laboy said. “And care so much so that they are valuing their lives.”

Laboy first began pushing to get AEDs in black churches when she said she saw several white churches had the device. She said she has not seen a single black church with an AED—until now.

Live Well by Faith plans to apply for more grants to place more AEDs throughout community.