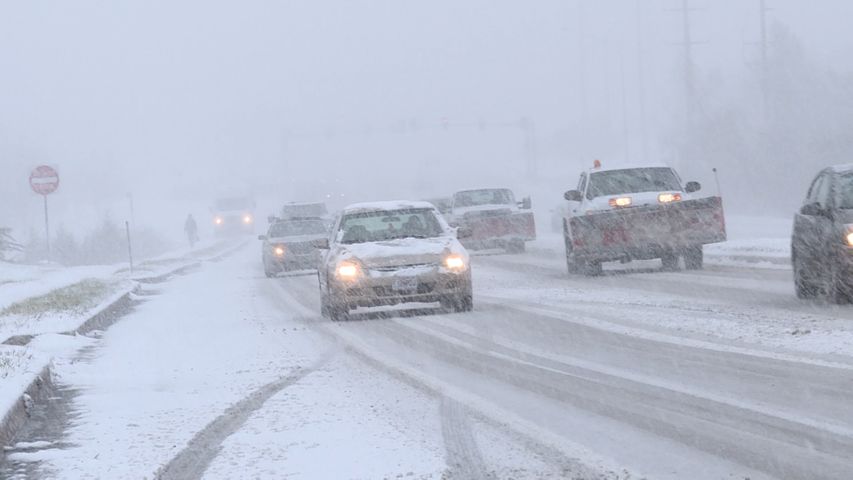 COLUMBIA - Main mid-Missouri roads continue to be slick, while less-traveled roads are covered with snow but passable.

Just in the morning hours, the Missouri State Highway Patrol responded to more than a hundred calls for service, 55 crashes and 24 slide-offs. Authorities ask drivers to slow down and take their time.

Columbia resident Cody Vickroy said he decided to leave for work 20 minutes earlier to be safe.

"You just have to take your time and make sure your lights are wiped off," he said. "Be careful."

Vickroy said he moved to Columbia from Upstate New York two years ago and is used to this type of weather.

"It's a little different here," he said. "There's a lot more ice on the road."

Brittani and Eric Stevens came to Columbia from Mississippi. They said they've never seen so much snow. That is why they decided to go for a walk and check it themselves.

He said he's worried about the traffic.

"We just kind of checking it out and seeing how the traffic was if there was any wrecks," he said.

Columbia Public Works said it continues to treat and plow designated snow routes. Officials said they don't think Columbia will reach 2'' of snow, but asked drivers not to park on priority routes.

Columbia Public Works continues to treat & plow designated snow routes. At this time, we don't think we will reach 2" of snow; however, voluntarily not parking on priority routes is always appreciated.