Solar eclipse tourism could bring more than $1 million to Columbia 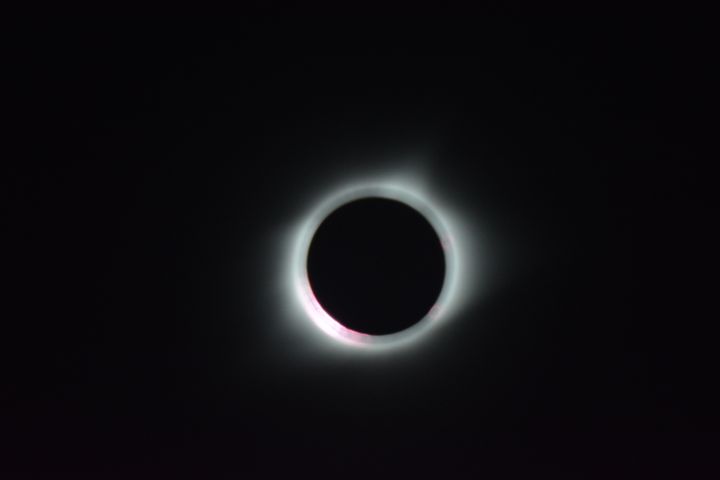 COLUMBIA – The solar eclipse has come and gone, and Columbia is saying the once-in-a-lifetime event brought around $1.36 million into the city.

For now, Columbia’s Convention and Visitors Bureau can only approximate based on two city-sponsored events Monday at Gans Creek and Cosmo Park.

The bureau reached this estimate by calculating the number of cars at each event, which gives an idea of how many people were in attendance.

“We had about 2000 parking spaces full at Cosmo Park. If you put those numbers together, about three and a half people per car, that’s roughly about 8000 people,” said Convention and Visitors Bureau director Amy Schneider. "At Gans Creek we had about 250 spaces full. That’s about 875 people."

So that figure combined with more than 2500 vehicles, and it appears Columbia did quite well during the eclipse.

“What we’re looking at when we talk about a party spend is lodging, any restaurants they may have gone to the day before, retail, gas spent,” Schneider said.

This estimate doesn’t take in to account the city's 470 Airbnb rentals or attendance at any other events.

“From conversations, I know city parks were filled as well as multiple other events with visitors that also contributed to the economic impact in the city,” Schneider said.

Hotels in Columbia were just as full as the city's parks and events.

"It's just like a graduation weekend," said Steve Bales, general manager of the Wingate Hotel.

The Wingate Hotel was 100 percent booked for the eclipse weekend and made around $18,000. Bales, president of the Columbia Missouri Hospitality Association, said hotel managers across the city were so booked, they were "banking on no-shows."

"[Managers were] asking 'hey, do you guys have any rooms available in case we have to walk some people,' because a lot of them oversold for the event," Bales said.

Though this is just the first estimate, Schneider said she’s not complaining from the result.

“Anyone would think $1.3 million is good,” Schneider said. “We didn’t know what to expect, so we were very pleased with the numbers that were there.”

"Events like this help us support all the hoteliers, the restaurants, the taxis. It's good for the economy," Bales said.

Final numbers for the solar eclipse’s economic impact should be available in late September after sales and lodging taxes are calculated.