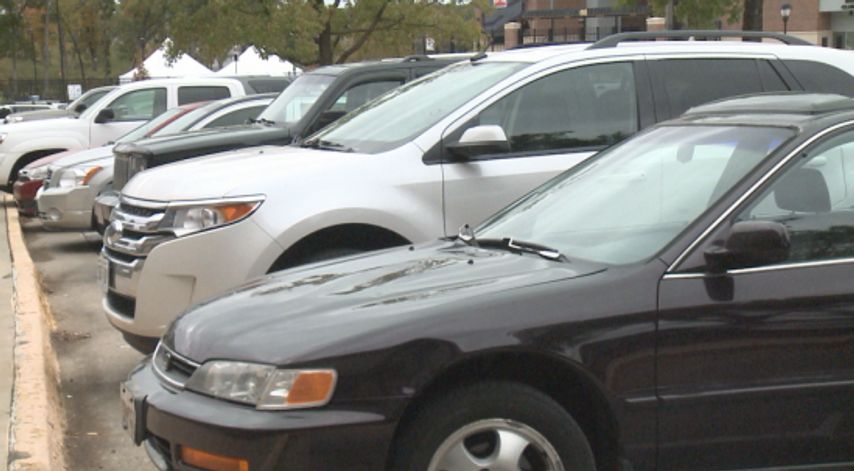 Haley Elliott, who lives on Bearfield Road, has experienced it first hand. She said she heard noises outside her house early one morning, but didn’t think anything of it. She soon found out thieves had stolen hundreds of dollars worth of items.

“We opened the doors and realized the glove box was open, things were strung all over my car, everything was moved around in my trunk,” she said. “We later found out that they had stolen about $300 worth of gift cards I had for birthday presents.”

She isn’t the only one.

Cody Kennedy said his car has been broken into twice this month. He said his neighbors have experienced recent break-ins, too.

Kennedy and Elliott both said their cars were locked, and criminals are finding new ways to enter cars.

Elliot said surveillance footage from a neighbor’s house shows the thieves used some sort of device to unlock the car. She said it takes two people: one scans the car keys from the outside of the house, while the other stands next to the car door. Once both are successfully scanned, the door unlocks.

“In the video, it clearly shows the light, and the car comes on, and then they were in my car for about four minutes going through every single thing that they could go through,” Elliott said.

Kennedy said the Columbia Police Department told him that’s how several thieves are breaking into cars around town. KOMU 8 asked CPD about the tools, but it could not say what's being used. The department also wouldn't say how many break ins there have been.

William Buckner said his neighborhood was hit two weeks ago. He said his car was locked, too.

Dean Partin lives just down the street where those break-ins happened. He said he always locks his car and pays attention to where he parks it at night.

“We always to try to park under street lights, the area is pretty well lit at night," he said.

Elliott said people should never leave personal belongings in their car and should clean their cars out.