SPECIAL REPORT: Community under fire: a search for solutions 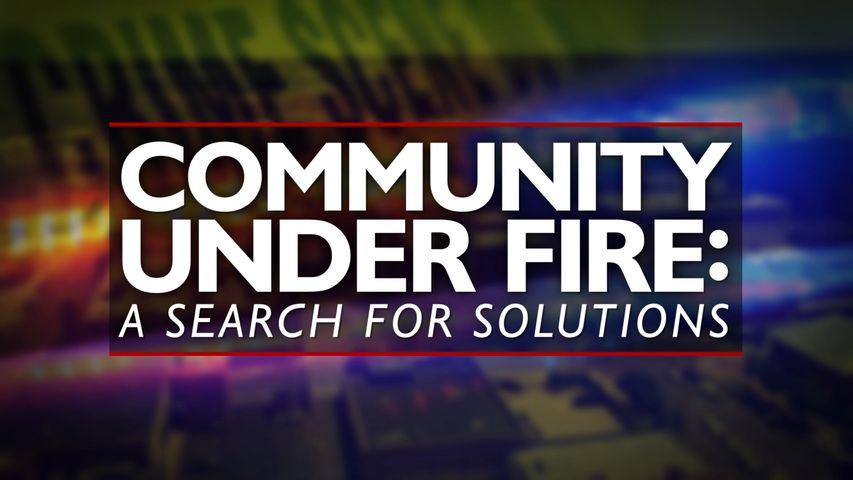 COLUMBIA - The city’s five homicides in September have victims' family members mourning, residents frustrated and city leaders saying the community needs to come together to solve the problem.

The 10 total homicides this year are the most ever for the city, according to data that dates back to 2001.

According to data from the Missouri Department of Public Safety, violent crime is on pace to see its second decrease in two years. Violent crime, according to the Missouri State Highway Patrol, is defined as the frequency of murder, rape (including attempted), robbery and aggravated assault.

“The last month in Columbia has been very depressing,” said Mary Ratliff, president of the Columbia chapter of the NAACP.

Mayor Brian Treece said he feels “like there is a hurricane of violence hovering over our community right now.”

"Me and my family just moved here from Texas. Two weeks. It’s hurting me to see. I just lost my baby and I’ve only been here two weeks," Marine said.

Kisha lost her brother Antonio Houston to gun violence that same night. She said some people choose to live a violent lifestyle. 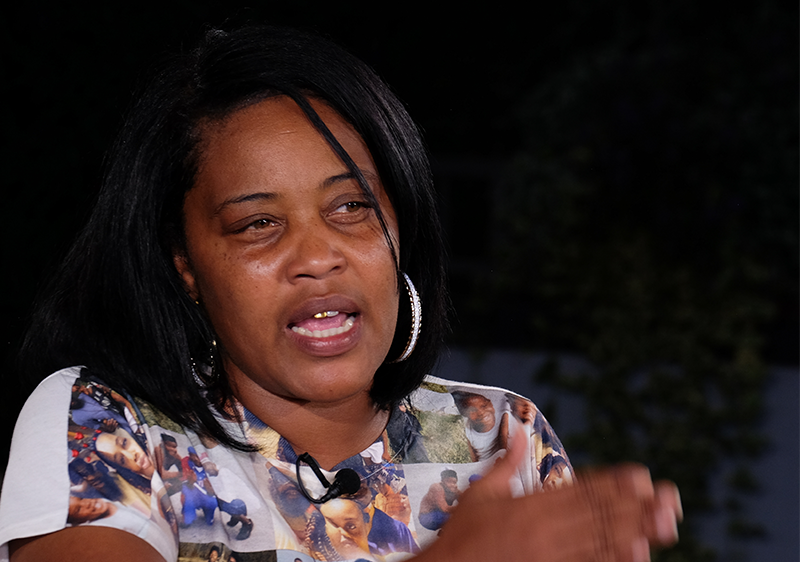 Shaunda Hamilton lost her daughter Nadria Wright in a shooting on Sept. 13.

"She’s one of the innocent ones that were hurt because of the gun violence. She had a promising future,” Hamilton said. “She’s somebody that no one ever thought this would happen to. Sometimes it’s easy to ignore what’s happening in Columbia because you don’t think it’s going to affect you.” 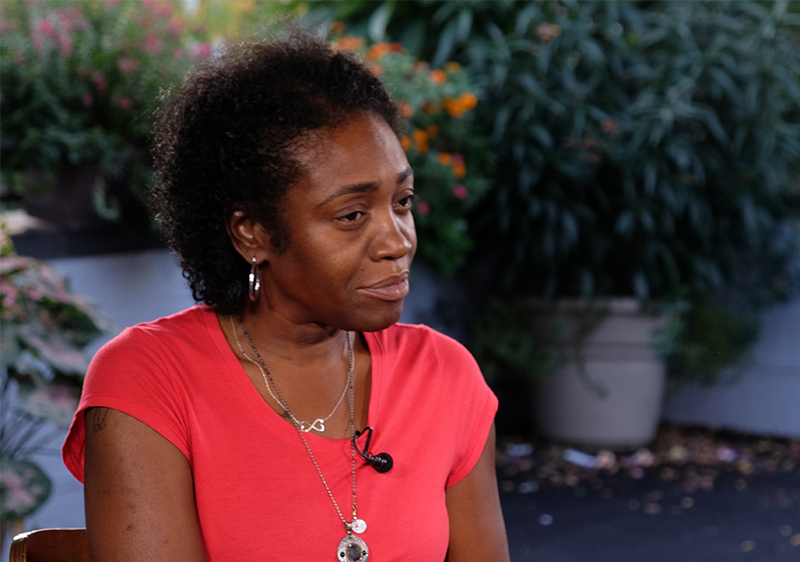 They said Columbia was not this violent when they were growing up.

Hamilton said, "I grew up in Columbia and it’s always been known as a good place to raise your children and retire, and a good community. When you think of Columbia, you don't think of the place you move to when you want to die."

Rev. James Gray holds the title of "the city's unofficial children's funeral organizer." He has not lost a loved one this month, but said he's still in pain. 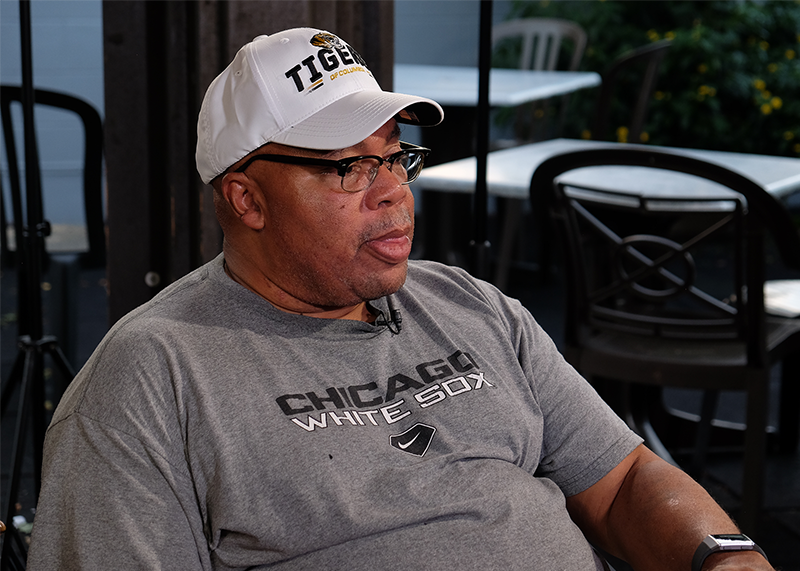 Officers have made arrests in two of September’s five homicides.

Fear is a prevalent feeling in Columbia neighborhoods hit by recent gun violence.

Rose Bradshaw, a Lasalle Place resident, said she doesn't feel comfortable letting her kids play outside anymore. "You’re scared to go to stores, and outside, and ... I try to stay in, mostly."

Carr said although the police are a symbol of mass incarceration to marginalized communities, he trusts that many Columbia Police officers are trying to protect and serve.

"When the crime happens, we look to the police because we feel that’s who can take control of the situation, but we all have to take care of these situations as a community," Carr said. "We have to come together as an entire community. That’s the only way."

At last week's annual neighborhood watch meeting, Columbia Police Chief Geoff Jones said only five officers started the 6 a.m. shift Sept. 25, and only 15 officers were on duty later in the day. The activities of the department's Community Outreach Unit remain unclear. "Until we have enough officers, (community policing) will not be citywide,” he said. In 2019, the department had a total of 173 sworn officers.

Columbia Police will have to rely on building witness cooperation until they can afford to hire more officers, Treece said in an interview Tuesday. "It’s difficult to have that frequency, that rapport, that attitude, that level of trust when our police officers are going from one 911 call to another, never having the opportunity to interact with their constituents."

Homicides and firearm assault rates rose across the country after Michael Brown was shot to death by Ferguson police officer Darren Wilson in August of 2014, said Richard Rosenfeld, a criminologist from the University of Missouri, St. Louis.

Firearm assault is a term used to signify someone being shot with a firearm non-fatally. They're indicative of homicides in the long term, he said.

"Community policing done right is an essential ingredient and effective response to a firearm violence problem," Rosenfeld said. "It's not going to be easy given the staffing shortage you have, but it's going to be essential."

The Columbia Police Department introduced geographic policing – where officers were assigned to specific parts of town and worked to build relationships with neighbors – 10 years ago with just two officers and one sergeant supervising operations. 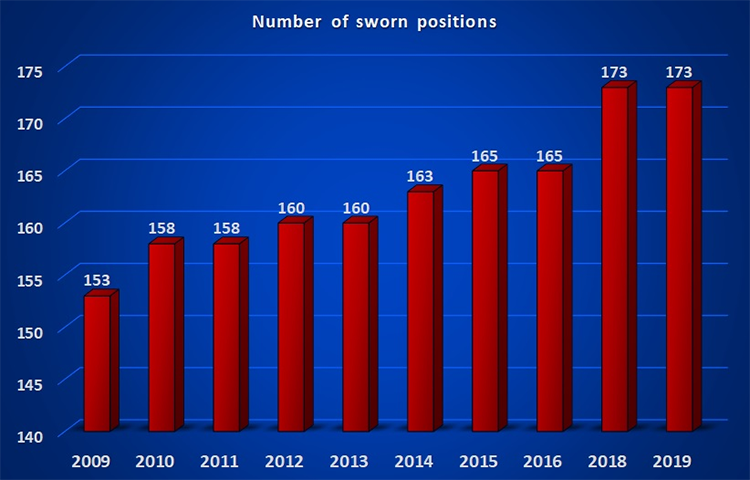 In November 2018, an email sent to all officers by Deputy Chief Jill Schlude said the units would be significantly reduced.

Ratliff, the Columbia NAACP president, said the community needs to come together.

“Bullets have no eyes. So it could be anybody. So we have got to stop this violence in Columbia,” she said.

Katherine Wilson, executive director of COMO Youth Works, has been working in the community for the last seven years. She said her organization serves offenders themselves.

“I literally engage these youth every day, and they let me know exactly why this is happening in Columbia,” she said.

Her organization is a safe place where offenders can receive help.

“You get to literally hear their story unfold once you engage them in safe place,” Wilson said. “So we need to create more safe places in Columbia.”

What are the solutions?

Hamilton, Wright’s mother, said one of the most important steps in ending the violence is encouraging people to speak up.

"If you want to get these murders solved, you have to work with the police. Nothing is going to happen if you don’t," Hamilton said.

Each family member said that ending the cycle of violence will also start with parents in the home.

"There’s nothing for the kids to do anymore. We need to start with that. Be a community with the kids. It takes a village to raise children. We need help. Everybody is not capable of doing it by themselves. I’d rather them ask for help than and up dead," Kisha said. "Love comes with discipline. Love comes with telling you that you’re wrong, and I’m going to tell my son that he’s wrong. I would rather them not talk to me than be dead."

Rev. James Gray of the Second Missionary Baptist Church said some children don't have access to places they can gather as a community.

"We have the rec center. A lot of the folks can’t afford it or drive to it. How do we fit something in all parts of the town for young people and adults to come together? There’s nothing north of town,” he said. “There’s nothing for them to do because they have to get into town and get home."