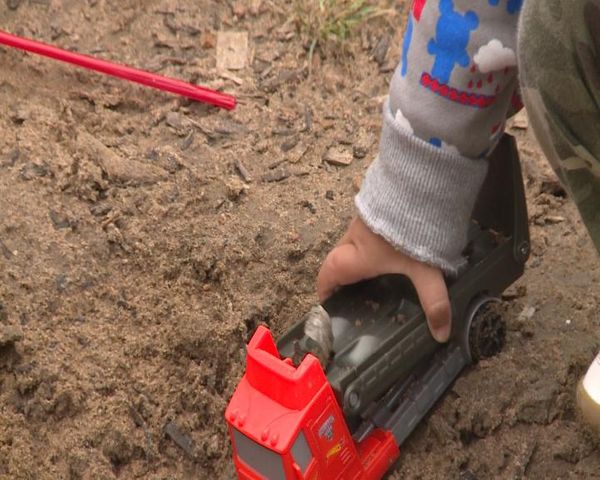 MISSOURI- There were 61,765 reports of child abuse or neglect in Missouri last year. That number is up by almost 10,000 from 2009, when the Child Abuse and Neglect Hotline Unit received 51,896 reports.

According to the Children's Division 2013 Fiscal Report, 31 children died as a result of child abuse or neglect in 2013. Although most victims were under the age of four, the children's ages ranged from just a few months old to 17-years-old.

The following charts are based on a report from the Missouri Department of Social Services and reveals details of the child fatalities.

Documents KOMU 8 News obtained from the Missouri Department of Social Services revealed in 2012, one Kansas City 10-year-old identified as "L.P.", spent months locked in a closet where her mother starved her. When police found her, she weighed only 32 pounds. She was taken to the hospital, where doctors diagnosed her with severe chronic malnutrition and in the early stages of heart failure.

Missouri Kids First Manager of Prevention, Cherisse Thibaut said, "Children are our most vulnerable humans, they rely on adults to protect them."

There have been several high-profile cases this year. Deonte Evans is charged in his 23-month-old stepdaughter's death after allegedly beating her for "stealing a piece of cake." Also, Anna Steele and Cody Baker are charged in her 8-month-old daughter, Finley Steele's, death. A coroner ruled Finley Steele's cause of death as non-natural physical trauma to the head. Finally, Dearis Ricks was accused of striking the head of his son, Skyy, against a hard object, resulting in the child's death.

Not all severe abuse cases end in death. After "L.P." was admitted to the hospital, she received a heart transplant and lived. A call to the child abuse and neglect hotline saved her life.

Boone County Prosecutor Tracy Gonzalez works on child abuse cases in the mid-Missouri area. She said she's seen cases where children are returned to their parents when maybe they shouldn't have been.

Gonzalez said, "Reunification for the children's division is always their primary goal, sometimes that works out and sometimes it doesn't."

When asked how often she sees cases where earlier intervention through the hotline could have saved a life, Gonzalez said she has never personally seen a lack of reporting end catastrophically, but that there has been times when she could assume a report should have been made sooner.

Gonzalez said, "We've seen cases where there are indications that something has been going on with that child and maybe the report was not initially made."

Specialists in the field say reporting is the most effective way to help a child in need. They also say it can be the most difficult.

Thilbaut said, "It can be very scary to report child abuse and you have to be very brave."

New legislation passed last year made reporting easier for mandated reporters, or people required by law to report suspicion of child abuse. These reporters include educators, doctors, law enforcement and anyone who works with children as part of their job. The change allows mandated reporters to report directly to the hotline instead of going through a supervisor, like they were formerly required to do. Thilbaut said this change is a great improvement.

She said, "Previously reporting would sometimes work like a game of telephone where information would be misinterpreted and sometimes reports wouldn't end up being made."

This chart, from the Missouri Department of Social Services indicates how many reports were made by mandated reporters in the 2013 fiscal year as well as how many were made by "permissive" reporters, which means family, close friends or neighbors.

Thilbaut said, "We always talk about suspicion being if you discover abuse, if you witness abuse, or if a child discloses abuse to you." She also said, you never need proof of abuse to report it, but instead suspicion is enough.

The map below showcases cases from across the state, in which people were charged with child abuse or convicted of crimes against children.

Schultz said she sees it happen often, people wishing they made it a report when it's already too late.

She said, " Every time we see a tragedy, whether it be nationwide or locally, we always hear neighbors and family friends saying, ‘I always thought something was going on' or 'Ah, something just didn't see right'."

Schultz encourages people to report by reminding them, "If you have concerns about what you've seen outside the home, and we don't know whats going on inside the home, its scary to imagine what that could look like."

All specialists KOMU 8 News spoke with agree, suspicion is key to reporting and it's that suspicion that could save a life.

The Children's Division confidentially accepts all child abuse and neglect reports through a toll-free hotline 24 hours a day, seven days a week. That number is 1-800-392-3738.

More information on filing reports with the Children's Division is available on the Missouri Social Services Website.