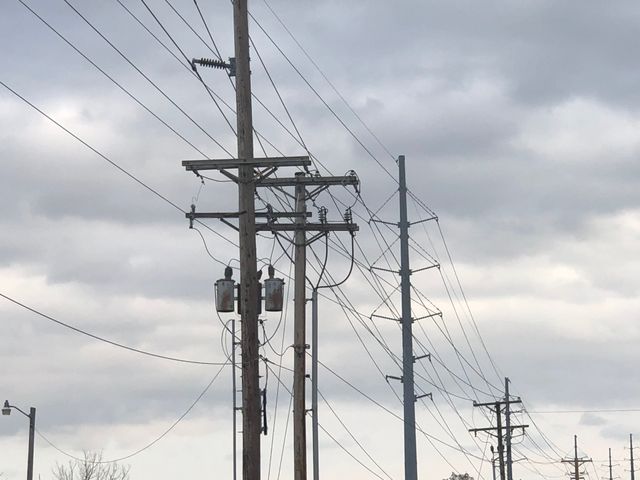 COLUMBIA – After years of research, spending millions of dollars and even a public vote, the city of Columbia is no longer looking into previous plans to expand the electricity supply for the city's south and southwest sides.

The issue boils down to the fact that more people have moved to Columbia’s south side over the years, and within the last decade, the city found the current available electric resources aren’t meeting the area's growing needs.

John Conway is a retired professional engineer. He’s followed this project since it was first introduced in 2007. He said this is an issue that needs attention sooner, rather than later.

“It needs to get fixed now. It’s been planned out, it’s been engineered,” he said.

"If it's significant, then it might be days or weeks before we're able to restore power,” he said.

Conway said there are several doctors’ offices and assisted living facilities on the south side of Columbia, which require consistent power, 24 hours a day.

The city has looked at and invested in several plans to fix the electricity resource issues. One of these plans, called Option A, included building a new substation on the south side of town. Conway said this substation would have relieved the electric load from the current substations. A map of Option A shows the new substation connecting to other substations with new transmission lines.

City council voted to go further with Option A in July 2013 and residents voted to pay for the project in April 2015. But later in 2015, people living near the site of this new substation raised concerns, and were afraid the transmission lines and substation would decrease property values in the area. Residents also argued the new structures could be dangerous for the nearby elementary school, Mill Creek Elementary. A petition was started to stop the project, and the city council voted 4-3 to delay moving forward with Option A in January 2016.

However, at that point, the city had already spent more than $7 million dollars on the land, research and equipment for Option A, which was no longer pursued. A report shows $2 million dollars of this was lost.

"The costs are either recoverable, or the equipment is being uses elsewhere," he said.

Later in 2016, another plan was proposed to city council by Mayor Brian Treece, known as Option E. This option would have connected the city’s substations to the Ameren transmission lines that run across the state, as well as connect substations from the northeast side of town to the southwest side with new transmission lines.

After receiving the cost estimates from a records request for Option A and Option E, KOMU 8 News found that Option E would have cost about $10 million more dollars than the previous plan, Option A.

Pitzer and Treece told KOMU 8 News Columbia Water and Light determined the city’s growth hasn’t met expectations, and the demand for electric resources isn’t as high as once thought.

Pitzer said the city is no longer pursing Options A or E.

"There's really no need to move forward with any of the options at this time," he said.

Ryan Williams, the assistant director of Columbia Water and Light, said it's true the city's growth hasn't met expectations, but he said Options A and E aren't "completely off the table."

"Part of that is true, yes, the load has not grown to a point to require the transmission lines. Staff has never claimed that either of those projects are, you know, dead, if you will," he said.

No future plans, as of now

Both Pitzer and Treece told KOMU 8 News the city appointed an Integrated Electric Resource and Master Plan Task Force to look into future options to fix the electric resource issues for the south and southwest sides of the city.

KOMU 8 News reached out to the chair of this task force, Rachel Hassani, and she said the task force does not currently have a plan to specifically address the issue. She said the task force is starting from scratch. The group will instead look at ways to improve electric needs for the entire city, and it’s not focusing on one section of Columbia at this time.

“We as a task force are gonna look at every capacity need that we have in the area, which would include all areas of the service territory,” she said.

Hassani said the task force will look into consulting firms for the city’s electricity needs starting in early 2019.

Is the city being transparent?

Retired energy lawyer, Sarah Read, said the city isn’t being transparent with residents about the status on this project, and she said it comes down to city leadership.

“I think the public deserves a much more open, straightforward and honest dialogue than what it’s been getting,” she said. “Honestly, transparency and accountability are all very important for the public trust in government and without trust, it is very difficult to solve and move through very complicated issues, like how do we meet our infrastructure needs.”

“The voters need to be updated as to what progress is being made, and what options are being pursued,” he said.

"I think we've been pretty transparent with the acknowledgment that this new planning process will replace, you know, all of the previous planning that has been done," he said. "We'll update and move forward from there."

Read said the city needs to address this issue now. She said this process has gone on too long.

“As a taxpayer, it’s frustrating to know that we have spent millions of dollars as a city and we’re no closer to insuring our electric service reliability than we were.”

She also said it all comes down to having enough electricity for her city.

“I am definitely concerned about loss of power. A loss of power, especially in the middle of the summer, could be quite costly to both individuals and businesses,” she said.

One dead after crash on Missouri state highway 5 Monday night

How to help children with ADHD thrive in a virtual schoolhouse

States give few details on billions spent on virus supplies

A Columbia staple welcomes customers after closing for 10 weeks