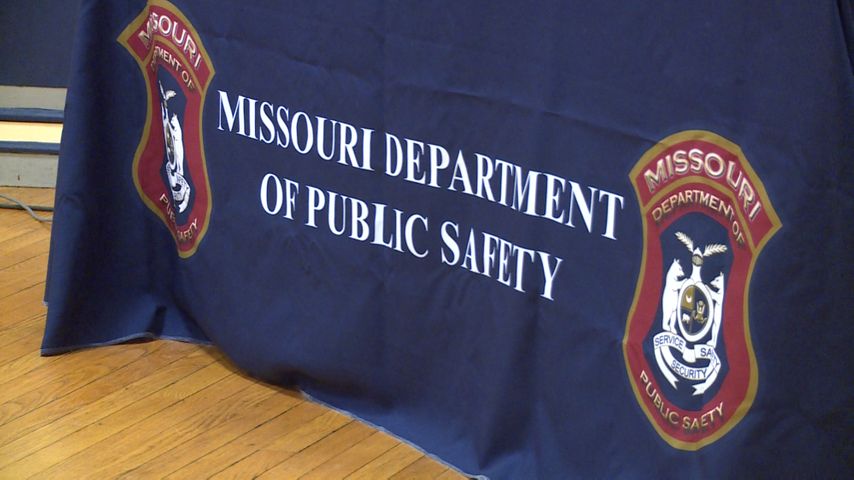 JEFFERSON CITY – Travel spending, frequent use of a travel agency and high mileage on a vehicle all came under scrutiny during a review of the Missouri Department of Safety Director’s Office, according to documents obtained by KOMU 8 News.

In late November, Gov. Mike Parson asked State Auditor Nicole Galloway to audit the director’s office, after the initial review by the Office of Administration.

Gov. Mike Parson put Karsten into the position, which was previously held by Drew Juden, who was appointed by then-Gov. Eric Greitens. When Karsten took the job, the governor's office said, she requested an initial review of the department director's office.

“Anytime a department director raises concerns about questionable use of taxpayer dollars, we take them very seriously– that’s why under these circumstances we have requested a state audit,” Parson said in the release.

Karsten, at the time, said the last audit of the director’s office was completed nearly five years ago.

In the initial review, staff made comments next to 34 transactions about whether spending at hotels was higher than the federal Continental United States, or CONUS, rate. (A map of those hotels is below.)

At least six of the comments noted what the CONUS rate was and how it was higher than what was spent.

Two of the transactions with staff comments came from fall of 2016, before Juden was in his position.

Rep. Lane Roberts, R-Joplin, served as the director of the Department of Public Safety from spring 2015 until January 2017. He said he was not sure who stayed at the hotel.

“We were pretty careful about that. We usually got the rates in advance, and if it was excessive, we said ‘no,’” he said.

The rest of the questioned transactions come from Juden’s tenure.

The Office of Administration travel portal webpage says state employees should use the federal CONUS rates “as a guideline for costs.”

“Lodging that exceeds the CONUS rate must be documented as necessary and approved by the agency,” the page reads.

The CONUS rate varies by location and date.

The director's office is budgeted to have 73 employees this fiscal year, spokesman Mike O’Connell said. The names of people who used the cards is redacted from the documents.

The documents only show the final amount paid; they do not include itemized descriptions of the bills. The documents do not indicate if meals or other expenses were included in the transactions.

Lael Keiser, the director of MU’s Truman School of Public Affairs, said there would be concerns if there is no justification about exceeding the CONUS rate.

“If you search for a hotel, and especially if it’s around the area of where you need to be, and there just isn’t any that are there, it’s perfectly justifiable to exceed the CONUS rate,” she said. “It’s the lack of a justification that would be a problem."

Keiser said it is not alarming on its face if people are exceeding the CONUS rate and an auditor would want to see if going over it is justified.

“But it’s not something that would raise alarm bells unless there wasn’t a process in place to make sure it was justified,” she said.

In an email to the staff conducting the initial review, Karsten commented on vehicle mileage.

“The mileage reports that we sent on Monday were very interesting," Karsten said in the email. "The (redacted) vehicle had excessive miles driven from June 2017 until July 2018. There were others that were driven considerable miles as well.”

Keiser, the director of the Truman school, said the findings need to be reviewed.

“But just because it needs to be reviewed, it doesn’t mean that it’s setting off red flags at this point,” she said.

Curtis Kalin, a spokesman for Citizens Against Government Waste, said the findings in the initial review warrant an investigation.

“Every taxpayer dollar is sacred, and it should be treated that way,” Kalin said. “And public officials need to respect taxpayers by first just respecting their money."

The audit Parson requested is ongoing. Galloway spokeswoman Steph Deidrick estimated the report would be released this summer.

(Note: Transactions from these hotels include comments from staff about the CONUS rate or duplicate payments.)

7 officers injured, no arrests made after Saturday night protests in Ferguson