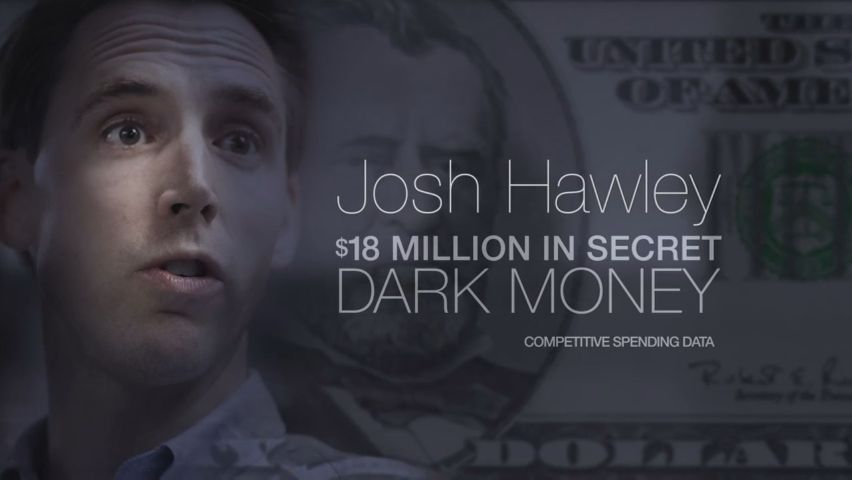 COLUMBIA - Ads have already gone after the Republican Senate candidate's views on healthcare coverage for pre-existing conditions and his political ambitions, and now one is going after his job performance as Missouri Attorney General, among other things.

Who made this ad?

The Senate Majority political action committee made this ad. Its goal is to win senate races for democrats. KOMU 8 has checked some of its work already.

Previous reporting shows Hawley did, in fact, used to work for a firm called Hogan Lovells, which has lobbied for companies like Aflac and USAA. His prior experience can be found on his LinkedIn page.
Verdict: True.
Claim: Hawley is backed by 18 million dollars in secret dark money.
KOMU 8 has already fact checked this one, too. Senate Majority clearly likes to hit the same notes in its ads. KOMU 8 has found the $18 million figure comes from two PACs: the Senate Leadership Fund and the National Republican Senatorial Committee.
Those PACs are not inherently dark money groups. They could become dark money groups, but then again so could the Senate Majority PAC.
Verdict: This claim is misleading and needs context.
Claim: Hawley flies on a lobbyist's plane.
The Senate Majority PAC got this information from Politico, which pulled up some public records and found Hawley did, in fact, fly on a lobbyist's plane. That money and the plane came from Travis and Kelly Brown.
The plane is registered to the Browns' mailing address. A quick look at the Missouri Ethics Commission's records shows Brown is a registered lobbyist.
Verdict: True.
Claim: The New York Times says Hawley's term as the Missouri Attorney General has been mismanaged and chaotic.
This description comes from an article in the New York Times. The article does say both of those things, but that's just the tip of the iceberg.
This report says Hawley's office has been slow in investigations and some of Hawley's staff question if the A.G. put in 40 -hour work weeks. Hawley responded to the article the next day on a Springfield TV station, refuting the report and saying his office has been aggressive in its work.
Verdict: True.
Overall verdict: Mostly true.
The news sources it cited has the facts right, but claiming a connection to dark money is too vague; and difficult to prove.