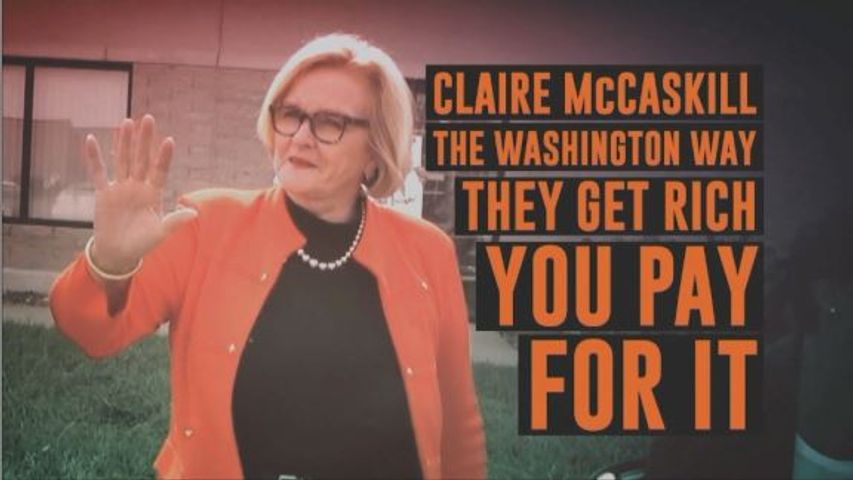 COLUMBIA - One of the latest attack ads on Sen. Claire McCaskill, D- Missouri, claims the senator is giving her husband millions in government subsidies.

The National Republican Senatorial Committee pulled all of the information in the ad from an article that appeared in the Kansas City Star in July. KOMU 8 News found the ad lacks context and fails to mention what, specifically, is being subsidized.

McCaskill’s husband, Joseph Shepard, invests in companies that help provide low-income housing. Those companies receive subsidies, which are used to give incentives to landlords to provide affordable housing for low-income, elderly and disabled tenants.

Shepard is a limited partner in the ownership companies and receives a share of the total profits. Law prevents Shepard and other investors from having any say in day-to-day operations or how government money is used.

Claim: Shepard earns up to $1 million per year.

The figure was pulled from the senator’s personal finance disclosure forms.

Members of congress report income only in a broad range of amounts, not exact amounts. The range Shepard’s profits fall in is anywhere from $365,374 to $1,118,158.

The committee's ad focuses on the highest possible estimate.

Result: We found this claim to be incomplete.

There is not enough reported information to accurately say how much Shepard earns annually.

According to the Kansas City Star, those companies received $62 million during McCaskill’s first term, and $69 million in her second.

However, those millions do not go directly into Shepard’s pocket. Shepard is a limited partner in the ownership companies and receives a share of the profits.

This figure is correct, but the implication that Shepard personally earns millions from the subsidies is false.

Claim: McCaskill votes to give her husband subsidies.

McCaskill does not sit on committees that allocate those funds or government contracts.

The Senate committee on Banking, Housing, and Urban Affairs is partially in control of awarding government contracts. That committee is made up of 13 Republicans and 12 Democrats. Shepard’s businesses have received bipartisan support.

Meanwhile, McCaskill votes on big-picture budget and appropriation bills. The Kansas City Star said the Senator’s voting record is mixed. She has voted for bills that would benefit affordable housing programs, and against others.

Result: We found this claim to be mostly false.

The Associated Press, FactCheck.org and the sole article this ad is entirely  based on, all contend there is no evidence McCaskill directs federal funds to businesses connected to her husband.

McCaskill’s campaign team responded to the ad with their own fact check saying the claims are “dead wrong.”

The campaign of McCaskill's opponent, Missouri Attorney General Josh Hawley, has yet to respond.