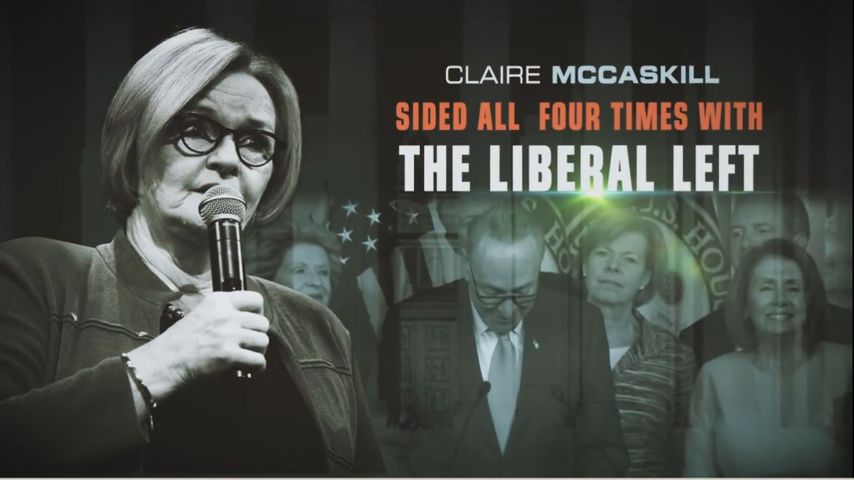 COLUMBIA – The National Rifle Association is backing Republican Senate candidate Josh Hawley while claiming Senator Claire McCaskill will take away Americans' "right to self-defense" if she is re-elected. In addition, the NRA is claiming the Supreme Court is on the edge of destroying it, too.

Who made this ad?

The National Rifle Association is a well-known lobbying group that promotes the interests of gun manufacturers and staunchly supports the right to bear arms. This ad is made by the NRA's Political Victory Fund, a political action committee. It donates money and runs ad campaigns for candidates the NRA feels will support Second Amendment rights.

Claim: The Supreme Court is divided.

The Supreme Court is divided only in the sense that some of the justices lean left and others lean right. Ruth Bader Ginsburg, Stephen G. Breyer, Sonia Sotomayor, and Elena Kagan all tend to vote liberally.

The differences in judicial philosophy primarily come from how each justice interprets the Constitution. Some interpret it as written, others interpret it with more flexibility, using the principles presented by the document instead of words alone.

Many Supreme Court cases are narrowly decided; usually with a 5-4 vote.

Chief Justice Roberts recently spoke at the University of Minnesota Law School and insisted the Supreme Court serves the public without regard to political ideologies.

However, the records in cases like Trump v. Hawaii (the legality of Trump's immigration ban), Obergefell v. Hodges (the legality of gay marriage), and National Federation of Independent Business v. Sebelius (the legality of the Affordable Care Act) say otherwise, because they were passed along party lines with one swing vote.

Verdict: True. The Supreme Court has voted along party lines for many big cases over the past decade, and each justice has been nominated by a president who holds the same political ideals.

Claim: Our right to self-defense hangs in the balance.

When the NRA says "the right to self-defense," it probably means "the right to own guns." The last big Supreme Court case involving firearms was District of Columbia v. Heller in 2008.

In that case, the Supreme Court decided by a vote of 5-4 that the Second Amendment allows individuals to bear firearms, even without connection to a militia or other lawful purposes.

Yes, those votes were along party lines.

While the issue of gun regulation and even the need for the Second Amendment have been frequently questioned after mass shootings like the ones in Las Vegas and Parkland, the Supreme Court has not heard another big case involving guns since 2008.

The Supreme Court has also never revisited a previous decision.

Verdict: Needs context. It's possible another case involving gun rights could come through the court, and the justices may vote along party lines, but there is not an impending case that would "take away our right to self-defense."

Claim: Claire McCaskill sided all four times with the liberal left on Supreme Court justices, against our right to self-defense.

McCaskill has voted with the Democrats on the past four Supreme Court justices. She voted yes on Sotomayor and Kagan, and no on Gorsuch and Kavanaugh.

As stated above, the second part of that claim needs context.

However, McCaskill herself has voted in favor of tightening gun restrictions and against loosening them on many occasions.

According to NPR, she's voted along party lines for the last five major pieces of gun legislation.

Verdict: Mostly true. The NRA is correct about McCaskill's voting record, but voting for Supreme Court justices does not mean voting against a "right to self-defense."

As a final note, a CBS poll finds a majority of Missourians think America needs stronger gun control (51%), followed by people who think gun regulations should stay as they are (38%).

Final Verdict: This ad is half true. The NRA gets all of its solid facts about voting records correct, but is incredibly vague about how the Supreme Court would destroy "the right to self-defense," leaving people to fill in the gaps as they see fit.