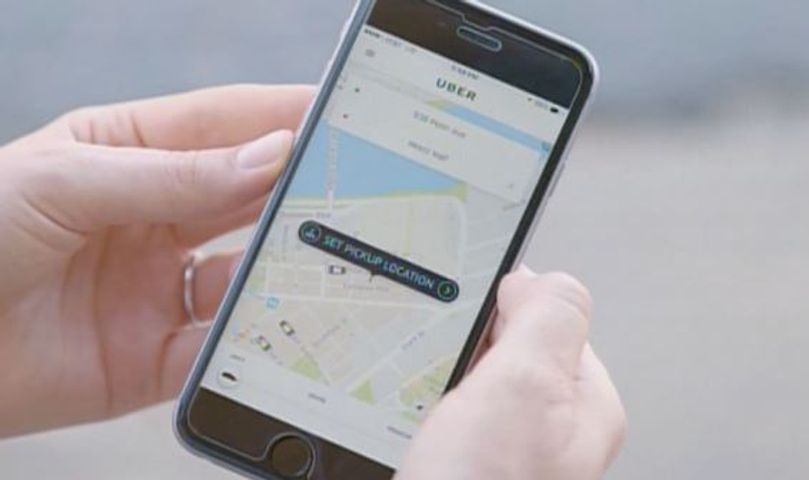 The 23-year-old frequently uses the ride-sharing app, which arrived in Columbia three years ago in October 2014.

"It's all on my phone, I don't have to worry about finding rides, or dealing with finding taxis, or getting any sort of public transit," Walther said."It's just quick and convenient to do."

When Walther plans to grab drinks with friends, he uses the app to get home safely.

"If you've been drinking it's just an easy way to make sure that you have an option," he said. "You don't have to worry about what you're going to do. You can just go out and have a good time, and know that you've got a safe way to get home."

Walther's decision to use the app for a safe ride home is similar to what Uber advertises on its website.

"There’s a strong correlation between Uber’s presence in cities and a reduction in drunk driving. And we’ve partnered with Mothers Against Drunk Driving (MADD) in the U.S. to raise awareness about safer ways to get home. Because having more options leads to better outcomes."

"Studies have shown that ride-sharing can have a positive impact on public safety, reducing alcohol-related driving arrests by up to 51 percent and DWI deaths by more than 10 percent."

Although Gov. Eric Greitens recently signed a law that would allow ride-hailing services to operate statewide, four Missouri cities welcomed Uber years ago. Those cities included Springfield, St. Louis, Kansas City and Columbia. KOMU 8 News spoke with Rep. Kirk Mathews, R-Pacific, who was the ride-sharing bill's initial sponsor, before Greitens signed the law on April 24. When asked why the law was needed, Mathews cited public safety with alcohol-related incidents as "first and foremost."

"In other states where these regulations have been enacted, drunk driving arrests have fallen," Mathews said. "We want to make it easy for someone who maybe had a little bit too much to drink to just open their app and get a ride home, rather than try to get behind the wheel of their car."

Target 8 Investigators wanted to see whether Uber's presence in Columbia has influenced the number of alcohol-impaired driving crashes since the service arrived in 2014.

Scott Jones, who works as the Missouri Highway Safety Program Administrator, said there has been no evident difference in crash prevention since Uber appeared.

"Trend-wise, with Columbia in general, it's stayed roughly the same as far as fatalities and serious or disabling injury crashes," Jones said. "Statewide it's been quite a bit of a reduction, but in Columbia itself, it looks like it's stayed relatively the same."

The above data is provided by the Missouri Department of Transportation.

At this time, Jones said Uber's influence is "probably too early to tell."

"When we look at the hard numbers it looks like it's roughly the same, but that's really only about a two year time frame that we're looking at, since our data from 2016 is preliminary and obviously 2017 we're in the middle of right now," he said.

Despite the lack of evidence, Jones does not discourage people from using these services.

"I think we need to give it some time, but just on face value it's kind of common sense, it gives people that option to get themselves home and I don't think there's anything wrong with that."

Statewide, the number of fatalities has continued to increase; however, alcohol and drug impaired crashes have decreased.

"We are for 2016 at 947 fatalities, and even though that's been going up, our number of impaired driving related crashes have been going down," Jones said.

The above data is provided by the Missouri Department of Transportation.

When asked why the substance impaired crashes are decreasing, Jones said, "people have kind of been getting the message."

"We have put quite a bit of resources into both educating drivers and the motoring public on the dangers of alcohol or drug impaired driving," Jones said. "Also, we do a lot of programs with law enforcement to try to boost enforcement especially on certain campaigns throughout the year."

Jones said these campaigns are not intended to deter people from enjoying themselves.

"We're not at all saying 'don't have a good time.' By all means go out and enjoy yourself, but just make sure that you have a safe way home," he said. "Whether it be a friend to drive you, city transportation, a taxi or the ride-sharing services that are now coming out."

Target 8 Investigators also looked into the number of DUI arrests in Columbia reported before and after Uber's arrival.

The above data can be found in the statewide Uniform Crime Reporting (UCR) Statistical Query.

Bryana Larimer, a public information officer for CPD, told KOMU 8 News in an email, "I would not be able to speculate on whether or not the decrease is because of Uber."

"As a department, we encourage the use of designated drivers, ride-sharing programs, and available public transportation as alternatives to impaired driving," Larimer said.

Uber customer Walther said he plans to continue using the service, with no intention of hailing local taxis.

"Uber is usually cheaper and easier to find," Walther said.