Target 8: Some teachers opt for intensive training to carry guns in schools 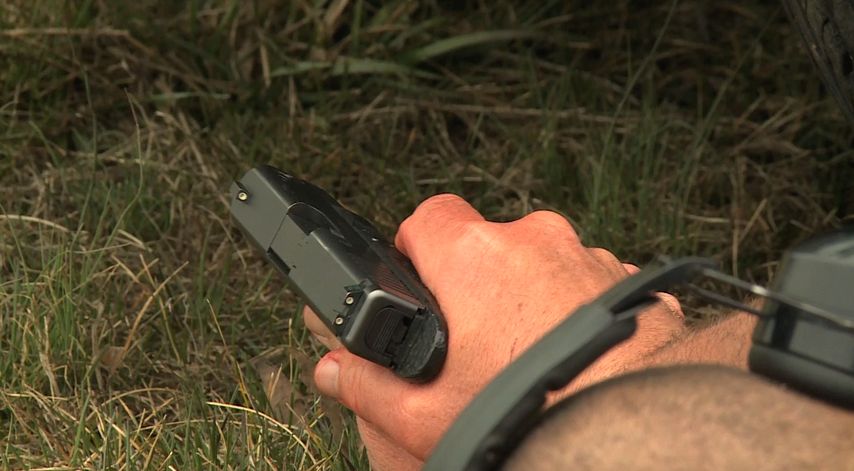 WEST PLAINS - After 20 children and six adults were shot to death at an elementary school in 2012, one Missouri school took steps to protect its building, by allowing school faculty to bring guns into their classrooms.

Fairview R-XI School District in West Plains let teachers go through a program in 2013 teaching them how to carry guns in schools. The reason: Sandy Hook.

“That was one of the driving forces,” said Aaron Sydow, the Fairview R-XI superintendent.

Back in 2014, Missouri lawmakers passed a bill allowing teachers to be School Protection Officers. KOMU 8 News has followed up to see how many school teachers are SPO’s. We found there are not any.

However, through a different law, schools are allowed to have teachers armed in schools. Fairview contracted with a company called Shield Solutions that has a intensive program training teachers how to respond in case of a threat.

Greg Martin, who owns Shield Solutions, reflects on the death of a coach who threw himself into harm's way during this year's school shooting in Parkland, Florida.

“He shielded those students with this body. What if he had been trained? What if he’d had the tools? Maybe he could have took care of the problem,” Martin said.

“It’s not just ‘pay your fee, get your certificate, here’s your gun.’ It’s not like that at all,” he said.

During some of the toughest drills, faculty members shoot a variety of targets while a speaker plays sounds of people screaming in the background. On top of this, they are sprayed with a red substance representing blood to mimic being shot. The trainees then use a tourniquet to practice stopping blood flow.

“We don’t want them to freeze up,” Martin said. “We’re having to reprogram these folks that ‘you are the first line of defense.’ If something happens, you have to run towards it.”

This is not just a one time training session. Faculty members are required to go back three times a year to make sure they do not lose their skills and become complacent. They also need to score a 90 percent on the qualification tests, or they are pulled from the program.

“That’s the last place that we want them to be complacent, is in the school,” Martin said.

Sydow said the goal of the program is for teachers to be trained to the point where intruders will not want to face them. Fairview recently put up a sign with bold letters, telling people the school is armed. The superintendent believes this is another way to deter intruders from attacking. 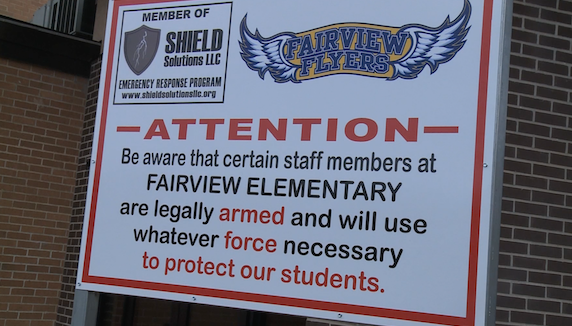 The Fairview school is in a rural part of West Plains near the Missouri-Arkansas border. It’s also around eight minutes from the sheriff’s department, and that’s a best case scenario, according to Sydow.

Many rural schools can be far away from law enforcement officers, and Martin said this is another reason they should consider having armed teachers.

The Department of Secondary and Elementary said it does not have a list of all of the schools with armed faculty members, and doesn't know where a potential list is located. The department said if people want to know if their schools are armed, the best way is to ask the schools individually. Shield Solutions said there are about 12 to 15 schools in the program.

Schools work to enhance safety in the wake of school shootings