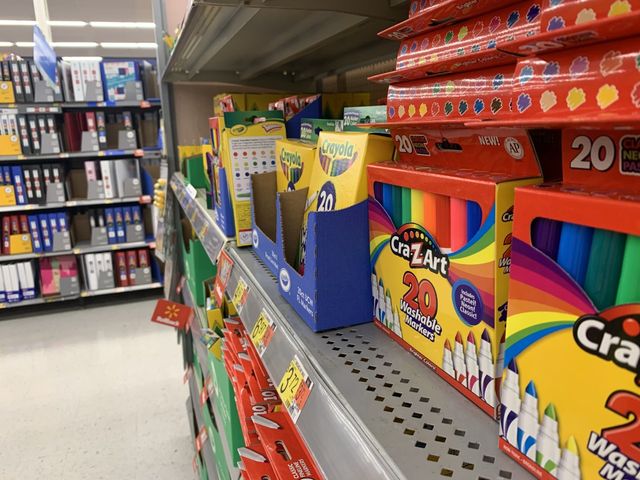 COLUMBIA —Tax Free Weekend usually sees a rush of parents buying everything they need for their kids for the upcoming school year.

This year is different.

Normally, the school supply aisle at the Conley Road Walmart in Columbia would be packed with parents and students.

This year, it's nearly empty.

"This time frame, there's no way, like I said, that you and I could be standing here talking," Tim Temple, manager at Walmart on Conley Road, said. "We wouldn't be able to move down these aisles."

And for parents there today, they couldn't help feeling like something was off.

"Well, for me as a parent it's a little unsettling," Lacey Kennedy, a Columbia Public Schools parent, said.

Kennedy said even though it's still up in the air as to what her students will be doing for the school year, she'd rather be prepared.

"For me, I think eventually, they'll go back to school full time," she said. "I don't know if it'll be this school year or next school year, or somewhere throughout the middle of the semester, but for me, it's just I prefer them to already have it, I can always put it back and save it for a later date, why not go ahead and do it while the deals are there."

Some cities will still charge municipal tax. To find out what tax is exempt in your city, click here.