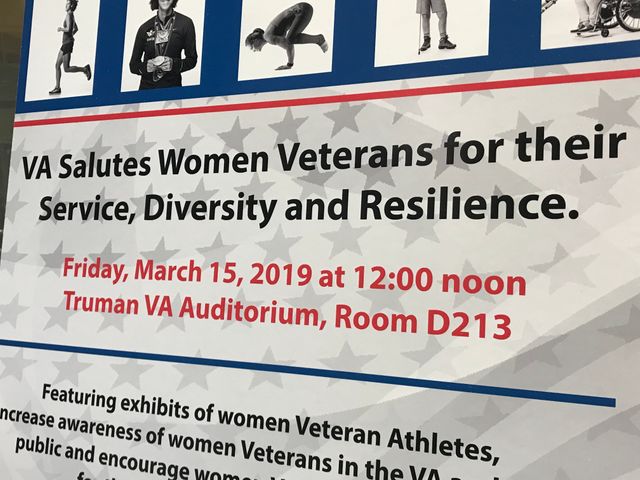 COLUMBIA - As Women's History Month continues, the Harry S. Truman VA Hospital is doing its part to honor the accomplishments of women veterans in Missouri. In an event Friday afternoon, the history of women in service will be front and center.

"It's an opportunity for us to take time to listen to their stories and for them to understand the health benefits that they're eligible for," said Cindy Stivers, women veteran program manager.

Stivers went on to discuss how many women leave their service in the past as they move through other stages in life.

"As a woman veteran myself, I see that as women we have many different hats that we wear," Stivers said. "Sometimes we are wearing the mother, the caregiver, or a student hat and sometimes our military hat is put to the side. So, it's time to bring that hat back out and be recognized for our service."

Stivers said women are the fastest growing component of the veteran population.

Part of that growth was Sen. Martha McSally. She broke through barriers to become America’s first female combat pilot. This past week, McSally delivered an emotional statement revealing her own abuse and her fear of reporting it.

“I stayed silent because I did not trust the system to do the right thing,” she said.

Organizers at the VA say this event will increase awareness toward women veterans and encourage women to take further steps to support their health and wellness.