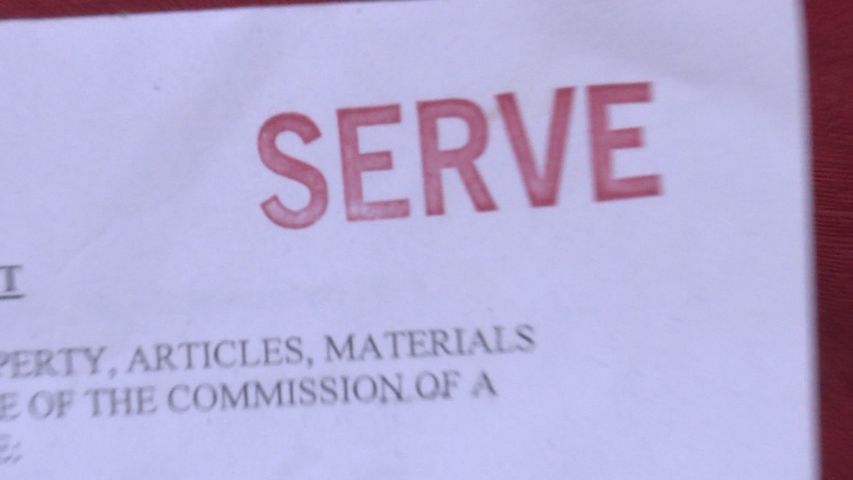 WILLIAMSBURG — A woman running for a seat in the U.S. Congress said Callaway County Sheriff's Department wrongfully searched her property for marijuana.

Wisdom was served a search warrant Tuesday. The sheriff's department searched her property for marijuana and all items related to cultivation, drug trafficking, drug sales and drug use.

Wisdom said she is not sure why law enforcement thought she had illegal drugs on her property. She classifies herself as a "Constitutional Republican" and believes her constitutional rights were violated.

"I want Clay Chism to know he violated my rights. [They] searched two properties that weren't on the warrant," she said.

She said she noticed helicopters flying over her land the week before. Then Tuesday, her husband saw a drone along their tree line. Shortly after, the sheriff's department and Mustang Taskforce arrived to search her 8 acres.

Wisdom recorded it and posted it on Facebook. Many people commented and agreed with Wisdom that taxpayers money could be better used.

"I can reassure you this operation was conducted under the authorization of the court," Chism said.

Sheriff Chism said it is still an ongoing investigation and he could not say anything else about it until the affidavit comes out.

Wisdom said while she waits for her answers, she is looking for a possible lawyer.

"[The officer] even said there's gray areas, there's learning curves. I don't know what that means. I don't know if this means there will be future raids coming up," Wisdom said.