UPDATE: Fire put out on eastbound I-70, two people hurt 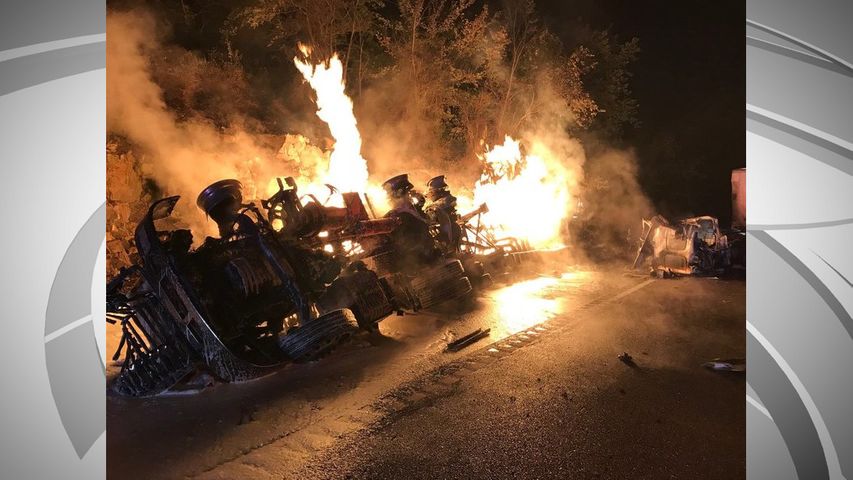 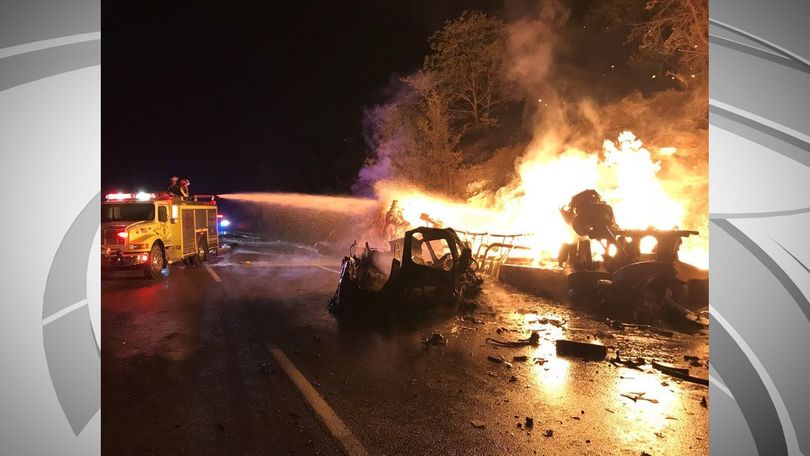 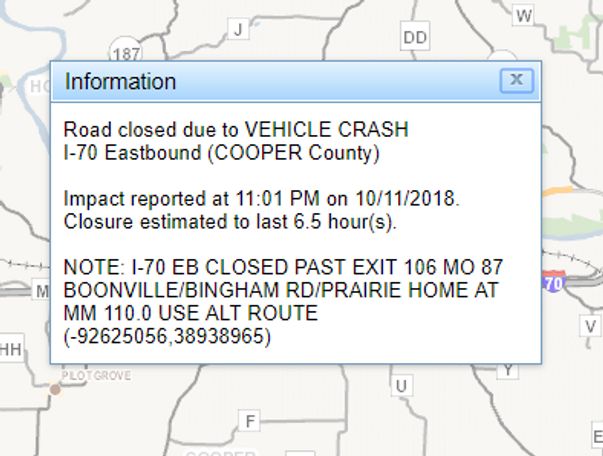 COOPER COUNTY - UPDATE: The Missouri State Highway Patrol reports two semitrailers caught on fire after one was struck in the rear around 10:50 p.m. Thursday night.

Jesse Leach, 53, of Springfield, MO, came to a stop behind a stranded vehicle on I-70 eastbound and was struck from behind by a 2016 semitrailer operated by Michael McCoy, 38, of Richmond, MO.

Both vehicles overturned and caught fire.

The fire is out. Thank you to Cooper Co. Fire @Columbia_Fire @BooneCountyFire

Troopers are still investigating & preliminary details will be released in our online reports once they clear the scene. https://t.co/PvWcZFSvHT pic.twitter.com/3ceedYNBhm

The vehicle crash blocked traffic heading eastbound on I-70 Thursday night, according to MoDOT.

#I70ALERT: Troopers currently working a crash in Cooper Co. at the 110mm. Initial reports indicate at least one tractor trailer & passenger car are involved. No word on injuries. pic.twitter.com/WaDq99HKbP

A truck is on fire near the Wooldridge exit about 16 miles outside of Columbia. There’s lots of backed up traffic. ?@KOMUnews? pic.twitter.com/Qd7b8443f4

Firefighters are working to put the fire out right now. Traffic seems to be backed up for a few miles with all lanes blocked. @KOMUnews pic.twitter.com/EIghgJVlRJ

We were asked to leave the scene. As we were leaving the fire was still going on and seems like traffic will still be backed up for a while. Avoid the area if possible and try to find an alternate route. @KOMUnews

Boone County Fire tweeted saying they are sending tanker trucks to the accident.

A lot further down the road around an I-70 exit it seems like police aren’t letting people off an exit because of the fire. @KOMUnews pic.twitter.com/M5OpTxa0Lz

MoDOT expects the eastbound lane to be closed for at least 6.5 hours.

We will update this story as more information becomes available.