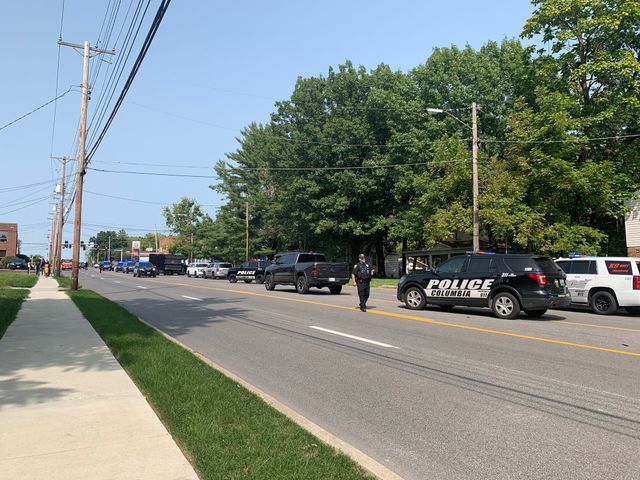 UPDATE 4:45 p.m.: Columbia police have confirmed the suspect has surrendered and has been detained.

ORIGINAL: Columbia police have shut down a stretch of College Avenue near Rogers Street and Paris Road.

Multiple Columbia police vehicles are at the scene of the 400 block of College Avenue.

Police have confirmed to KOMU 8 that a person barricaded themselves in an apartment after police were trying to execute a warrant. The suspect is considered to be armed and dangerous.

A neighbor said they heard yelling coming from a residence nearby.

KOMU 8 has a reporter at the scene and will continue to update you when information becomes available.

WHAT WE HAVE CONFIRMED: A person barricaded themselves in an apartment after police were trying to execute a warrant. @KOMUnews

Here’s what I know: police are currently searching for someone on foot pursuit. There are more than a dozen police vehicles here. @KOMUnews