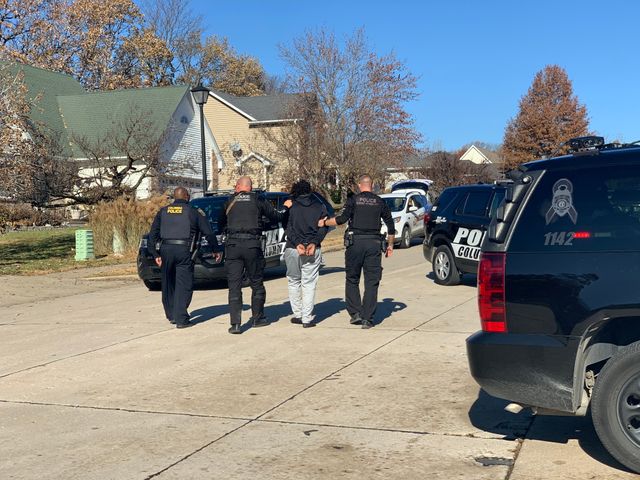 The chase began after detectives served a search warrant at an apartment on Oakland Gravel Road. The suspect then fled in his car.

The chase ended at the corner of Gallant Fox Drive and Citation Drive around 10:30 A.M. Tuesday morning. Police arrested the suspect after he fled on foot.

Inside the car and the apartment, detectives found a total five guns — two of which were reported as stolen — and about an ounce of heroin.

Columbia Public Schools said five of their schools were under "hold and secure" conditions: Derby Ridge and Blue Ridge Elementary Schools, Oakland and Lange Middle Schools, and the Center for Early Learning. Per CPS, no one was allowed in or out of those buildings for 10-15 minutes.

I’m at Gallant Fox and Citation Dr. in north Columbia where there was a heavy police presence just minutes ago. They put this man in the back of a car and told me they were “in the middle of a multi-step process” and couldn’t say anything else. ?@KOMUnews? pic.twitter.com/PfaiCoBZzK

(Editor's note: KOMU.com has updated this story to include the latest information.)