HOWARD COUNTY - On Wednesday, the missing girl was found safe. 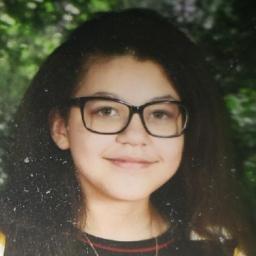 Hampton, 12, is described in the release as a 5'7" mixed race female with dark brown curly hair, hazel eyes and a light complexion. According to the release, Hampton was last wearing gray shorts with sandals.

Anyone with information on Hampton or the male suspect should call 911 or the Howard County Sheriff's Office at 660-248-2340.