COLUMBIA —The University of Missouri issued a statement Friday that the MU Department of Theatre was "in error" when it said it would not allow True/False Film Festival to use its facilities until it dissolved its relationship with The Crossing.

In an email, the university said the theatre department's statement was inconsistent with MU's value of free speech. MU will continue to work with True/False, according to the email, and the festival will still have access to university facilities.

Earlier, MU Theatre announced it would not continue its relationship with True/False because of their partnership with The Crossing organization.

"The Crossing, an organization that has publicly denounced and denigrated members of the LGBTQ+ community and non-binary people," according to the statement.

"The Department of Theatre is dedicated to ensuring a thriving cultural community of artists and scholars," according to the statement. "Groups that support discrimination or derogatory hatred are not accepted in our spaces." 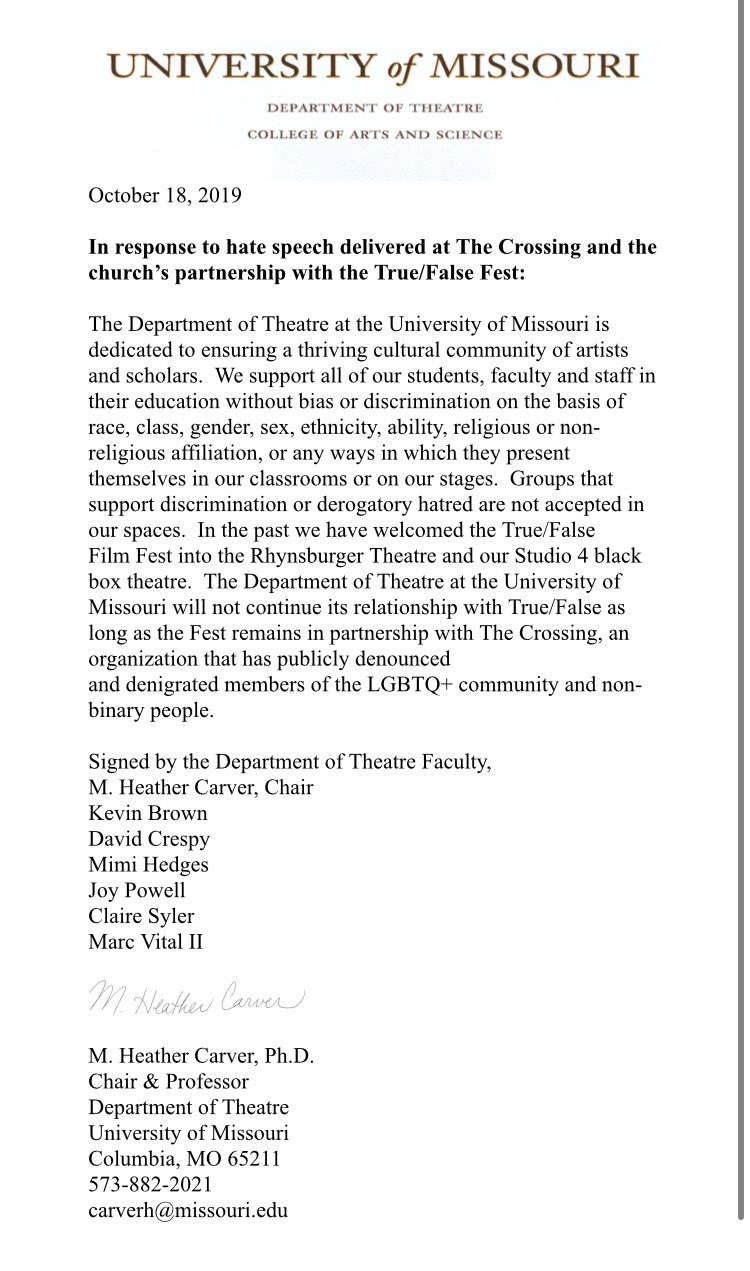 A boy sent his Baby Yoda doll to Oregon firefighters. Now they take it on their calls

UPDATE: One arrested after shots fired north of Columbia, victim in serious condition

Beating pandemic fatigue during the last few months of 2020

One shot in Mexico on Monday afternoon

Trump, Biden prepare to debate at a time of mounting crises

Here's what you need to know this morning: Tuesday, Sept. 29

Microsoft 365 services are coming back after major outage