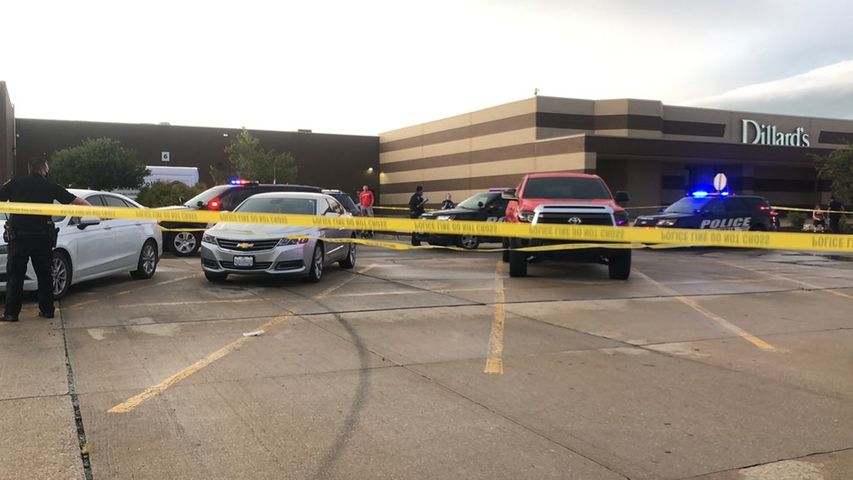 COLUMBIA - KOMU 8 confirmed on the scene of the incident a man was shot on Tuesday at the Columbia Mall.

The shooting occurred in the parking lot of the mall in front of Level Up Entertainment, according to CPD public information officer Brittany Hilderbrand. Officials found several shell casings, according to a news release.

More than 100 people were on the premises, according to the release.

BREAKING: I’ve just confirmed there has been a shooting at the Columbia Mall. @KOMUnews I’m working on more details. pic.twitter.com/CEJgd2jeVS

Medical response crews were dispatched at 7:07 p.m., according to the City of Columbia's dispatch reports.

At approx. 7:02 pm @ColumbiaPD responded to a report of shots fired at the Columbia Mall: Media staging area near Five Guys and AT&T on Stadium

Columbia Police Chief Geoff Jones said the victim is at the hospital receiving medical care. He had been transported by a personal vehicle and is currently in stable condition, according to the release.

Officials from the Columbia Police Department, MUPD, Boone County Sheriff and Missouri State Highway Patrol are all on the scene of the incident.

"Officers remained on scene to collect evidence and witness statements and to ensure there were no additional victims," the release said.

Officials have put up police tape around the mall parking lot, according to a KOMU 8 reporter on the scene.

All media has been asked to leave the scene by Columbia Mall management. I cannot bring you anymore details until we hear from @ColumbiaPD. Again, I was told all we know right now is that at least one person was shot at the mall according to @ColumbiaPD. @KOMUnews pic.twitter.com/qhZUTf8fbZ

Officials are still investigating the incident and the case has been forwarded to the Criminal Investigation Division.