UPDATE: Troopers identify victims in fatal boat crash at the Lake of the Ozarks 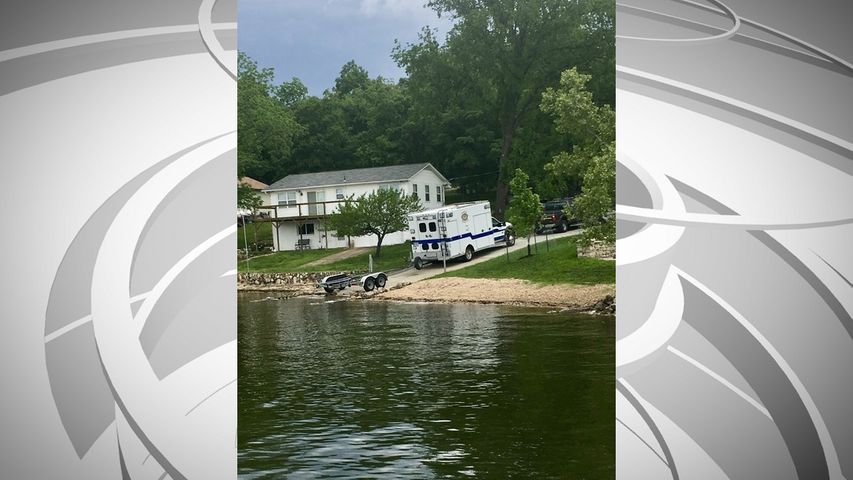 CAMDEN COUNTY -  The Missouri State Highway Patrol has released the identities of the three people killed and the two people injured in a boat crash at the Lake of the Ozarks early Saturday morning.

The patrol said 22-year-old Hayden Frazier of Overland Park, Kansas, was driving a boat when it struck a rock bluff around midnight. Troopers arrested Frazier on suspicion of three counts of boating while intoxicated leading to death of another, boating while intoxicated leading to serious injury of another and negligent operation of a vessel. He was being held at Camden County Jail.

Frazier and two others were ejected from the boat and into the water. After being ejected, Frazier reentered the boat and paddled to a dock across the channel.

Troopers said they received a call around 1:45 a.m. Over the course of about seven hours, three people were pronounced dead at the scene. Troopers found 24-year-old Daniel Lewis, of Overland Park, Kansas, dead inside the boat at 4:03 a.m.

White said there were reports of two missing people.

A dive team at 11:14 a.m. recovered the body of 21-year-old Hailey Hochanadel, of Olathe, Kansas.

"Both of the victims were recovered in 10 feet of water," Sgt. Scott White with the Missouri State Highway Patrol said.

Frazier and 21-year-old Ashley Lamb, of Olathe, Kansas, were taken to the hospital with injuries. Frazier's injuries were moderate and Lamb's injuries were serious, the patrol said in its crash report.

UPDATE -- Boat Crash on Lake of the Ozarks: A third victim was recovered by MSHP Divers at 1114am. Further information and identities will be posted to our online reports once families are notified.

Before the patrol had released the victims' identites, White said there are normally three main factors considered when investigating accidents.

"We can't speculate for sure what happened," he said. "But we look at impairment, inattention or inexperience. Sometimes it can be a combination of these factors."

Belinda Manos, a seasonal Lake of the Ozarks resident who lives near where the bodies were found, said she heard a noise in the middle of the night. She said she went outside and couldn't see anything, so she went back to bed.

"Sometimes you get people here that don't know the lake, they travel too fast. It's dark. "They may or may not have been partying," Manos said. "Unfortunately, those things do happen down here and it's very, very sad."

(Editor's note: This story has been updated to include the latest information.)