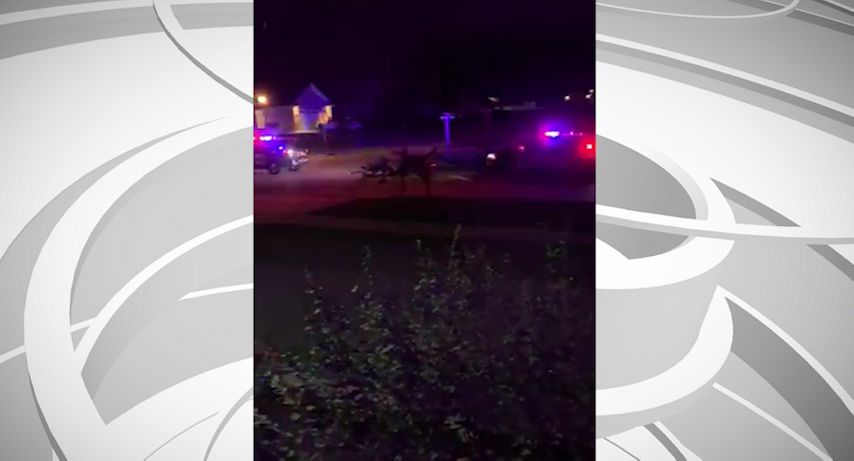 "I was about to go to bed and I heard police sirens off in the distance," Fitch said. "They seemed to get closer and closer and I saw the purple and blue lights outside my room."

Fitch said he saw what looked like a silver Acura speed down the street followed by two Columbia police cruisers. He said he thought they were driving 30 to 40 miles per hour.

He said police on the scene told him they lost track of the car.

"I asked if the area was safe and they said they lost him when he sped out of the cul-de-sac," Fitch said. "They said they don't know where he is."

Fitch said officers told him they were searching for the suspect.