Westminster College to commemorate the fall of the Berlin Wall 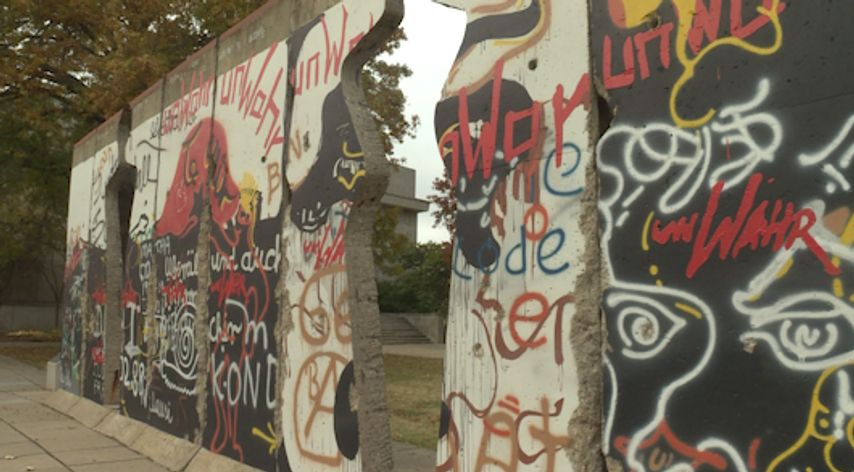 FULTON - Westminster College is celebrating the 30th anniversary of the collapse of the Berlin Wall, which is on November 9th.

Peter M. Robinson, the writer of Ronald Reagan's "Tear Down This Wall" address, will be giving a talk on how that speech contributed to the end of the Cold War.

"It's a great chance to meet a person who was on the front lines of history," Timothy Riley, the director of The National Churchill Museum, said.

The ceremony will begin with a wreath-laying ceremony to honor over 200 individuals who died trying to flee from East Berlin to West Berlin over the course of 28 years.

This ceremony will take place in front of the "Breakthrough" sculpture, which is constructed from actual pieces of the Berlin Wall.

This will be followed by a tolling of the bells and Robinson's speech.

The event will conclude with a video of Reagan's address that he delivered at Westminster College on the first anniversary of the fall of the Berlin Wall.

"In many ways, the Cold War is woven into the tapestry of Westminster College," Riley said.

Riley added, he sees this as an opportunity to learn lessons about today's political climate.

"Nationalism is on the rise," Riley said. "We are not in a Cold War, but sometimes it is feeling a bit chilly. And I think we can learn from the lessons of the past so we don't repeat the mistakes of the past."

The event is scheduled to begin at 4:15 p.m. and is open to the public.