Winter weather advisory for mid-Missouri in effect until 9 p.m. 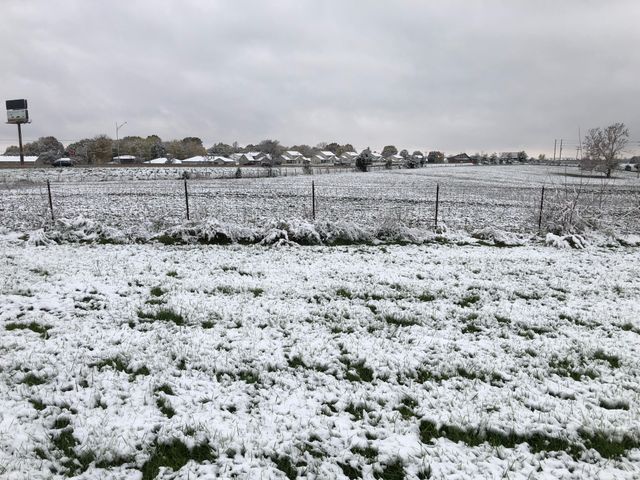 COLUMBIA - The second snowfall of the season could be underway for mid-Missouri. KOMU 8's weathercaster Matt Beckwith said people should prepare for another round of potential isolated snow showers.

"We could see moderate to heavy snow but that snow is going to be very isolated," he said. "In the areas that we do see snow, we'd see gusty winds and we could see some reduced visibility."

Beckwith said roadways shouldn't be a problem but recommends drivers to reduce their speed behind the wheel.

"Roadways should be mainly wet, but a few patchy slick spots are possible" he said.

The National Weather Service issued a winter weather advisory for portions of central and northeast Missouri until 9 p.m., Friday.

He said most areas saw anywhere between one to three inches of snow.

"It was one of those snowfalls that, it fell but the roads and the ground were simply too warm, so we just saw wet roadways for the most part," Beckwith said. "We saw snow on the grass and on the trees."

MSHP reported one crash overnight with injuries, related to weather conditions on the road.

It occurred around 8:45 p.m., Thursday, when a car traveling southbound on MO 135 slid-off the road and hit a tree with the rear part of his vehicle.

The driver was taken by ambulance to Lake Regional with moderate injuries.

MHSP's Sgt. Scott White said they "try to put out more officers to help people with those slide-offs."

White also reported other slide-off incidents but nothing that caused injuries.

Although cold temperatures are expected for the weekend, Beckwith said there is no snow in the forecast.

"We're going to really dry things out, a lot of sunshine on Saturday, very cold temperatures," he said. "Sunday will be a little warmer, back into the upper 40s."